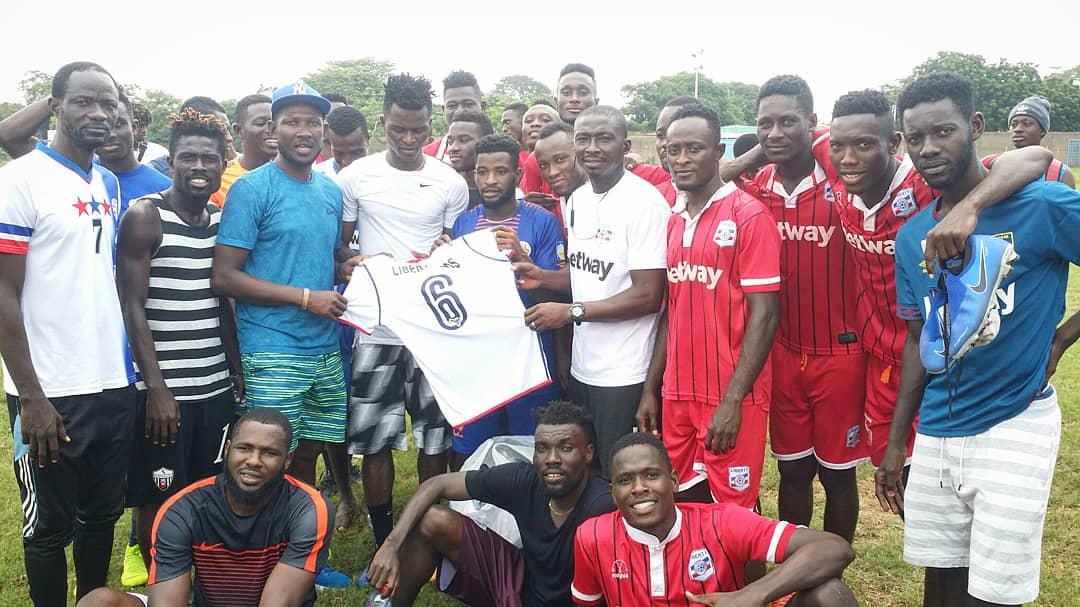 Former Liberty Professionals players have donated a set of jerseys to the current team in honour of the late President of the club Alhaji Sly Tetteh.

The ex-players led by Iran based defender Samuel Sarfo "Maldini" presented the jersey to the team this morning in Dansoman, after training.

The kind gesture was done to honour the late President of the club Alhaji Sly Tetteh, who passed on in September 2011.

Liberty Professionals have been impressive in GFA Special Competition after finishing in the top four of Zone B earning them a place in the Tier II tournament.

However, the Daansoman based outfit dreams of winning the Tier II competition came to a crushing end after they were eliminated by Proud United.