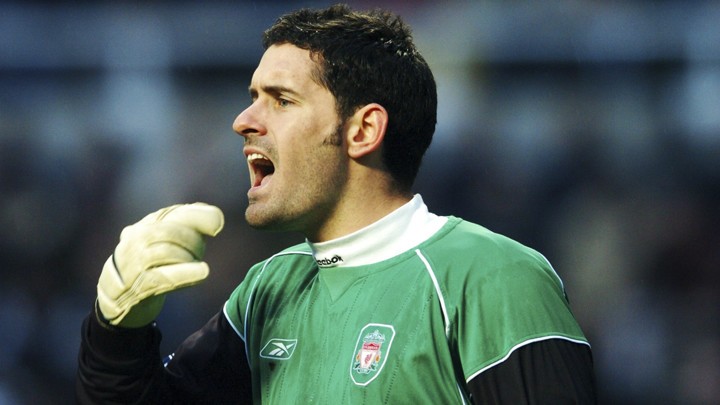 He was there for one of Liverpool’s greatest nights, but you’ll do well to find Scott Carson in the pictures.

It has been 15 years since Rafa Benitez’s Reds shook the world. Their victory over the mighty AC Milan in Istanbul is one that will never be forgotten. The greatest Champions League final of them all? It just might be.

“It’s one of those mad nights where you just think ‘it was meant to happen’” says Carson. “You could play that game 100 times and Milan would win 99, but sometimes destiny is on your side.”

Carson was an unused substitute as Liverpool pulled off their miraculous comeback at the Ataturk Stadium. He was just 19 years old, and had moved to Anfield just four months earlier. His professional career, to that point, totalled just eight matches.

“I felt strange, to be honest,” he tells Goal. “I’d not been at the club long, so it didn’t really feel like my success, if you get me? I didn’t feel like I’d earned it.”

Is that why he stayed out of the photos?

“Yeah. You see some people at the front of the celebrations and they have barely played. That always sat uncomfortably with me.

“Josemi was one of them. The whole time I was there, I don’t think I spoke to him once. I’m not sure he spoke a word of English to be honest, but he made sure he was front and centre when the cup was being lifted!

“I’ve seen other players do it, and you think ‘what are you doing?’. You have to think how it’s going to look. If you’ve played most of the games, fair enough, but I’d only been at the club a couple of months. I arrived when most of the groundwork had been done.”

In Istanbul, Carson actually offered his medal to Chris Kirkland, who had been ruled out of the final due to injury.

“He deserved it more,” he reasons. Kirkland, one of the nicest men in football, politely declined the offer.

In fairness, Carson had played his part in Liverpool’s Champions League success. He started the quarter-final, first-leg win over Juventus at Anfield, on a night when the Reds toppled a side managed by Fabio Capello and featured the likes of Zlatan Ibrahimovic, Pavel Nedved, Alessandro Del Piero, Fabio Cannavaro and Lilian Thuram.

For Carson, it was all something of a blur. It was only his third appearance for Liverpool following his £1 million move from Leeds United in the January. He swapped shirts with the great Gianluigi Buffon, but left the ground fretting after allowing Cannavaro’s second-half header to slip through his hands, gifting Juve what looked like a vital away goal.

“All I was thinking before the game was ‘don’t let them down’,” he says. “Benitez never told me I was playing until an hour-and-a-half before kick-off, which was probably a good thing as it meant I didn’t have time to think.

“I made a save in the first half from Del Piero, and maybe I was thinking ‘this is easy’. I went too early for the [Cannavaro] header, and it’s gone in.

“Luckily there was no social media then, so I got off lightly, but even though we won 2-1, I’m thinking ‘have I cost us there?’. I have never been so relieved as when the final whistle went in the second leg [Liverpool drew 0-0 to progress to the semi-finals].”

He had had the chance to join Chelsea when leaving Leeds as a teenager, but reasoned that, with Petr Cech and Carlo Cudicini ahead of him in the pecking order, Liverpool would offer a better option.

At Anfield, he walked into a dressing room packed with international stars. One, though, stood out above all others.

“Steven Gerrard was head and shoulders above everyone,” Carson says. “I was probably a little bit in awe of him. I’d watched him on TV, and I admired him so much as an English player.

“I always remember pre-season, after Istanbul. When you come back, players are usually quite rusty, and it takes a while to get back into the swing of it.

“We did a drill, and the first thing he did is get the ball, take a touch and hit one of his diagonals straight to someone’s feet. Rusty? Not him. I was stood in amazement at how easy he made it look.”

Carson’s relationship with Benitez was a little frostier. He rates the Spaniard as one of the best coaches he has worked under, but found it hard to connect on a personal level.

“With Rafa, there’s nothing else but football,” he says. “He lives and breathes it.

“I found it hard to adapt to his way of working, if I’m honest. He always had an opinion on goalkeepers, and I wasn’t used to that. I wish I’d been a bit more open-minded.

“I remember one session where that was all he said. ‘Two steps forward!’. What happens? Xabi Alonso picks the ball up on the halfway line and pings it straight over my head without looking. I looked at Rafa like ‘thanks for that!’”

Carson laughs as he recalls his Liverpool debut, a 1-0 defeat away at Newcastle.

“Again, I only found out I was playing an hour-and-a-half before,” he says. “Our goalkeeping coach [Jose Ochotorena] never used to travel to away games at the time, and Jerzy Dudek had a groin strain, so for my warm-up I had to use Stephen Warnock, one of our subs.

“Imagine that. I’m 19, making my Premier League debut for Liverpool and I can’t even get a proper warm-up. I’d been sat all relaxed an hour earlier, thinking I was sub!”

Dudek, of course, was back soon enough. The Pole would be the hero in Istanbul, as his saves from Andriy Shevchenko, both in extra time and during the penalty shootout, secured Liverpool’s victory.

“He was a lovely guy, Jerzy,” Carson says. “He’d had criticism for mistakes that season, but that’s the life of a goalkeeper isn’t it? Everybody makes mistakes, but it’s how you react to them.

“He reacted better than anyone, and he got his reward in that final.”

As for Carson, his career continues. He has spent this season on loan with Manchester City from parent club Derby County. Still only 34, he is closing in on 500 club appearances.

“It’s funny,” he says. “When I was a young player, the older pros would tell me ‘appreciate it while you can, because it goes quick'. I’d be like ‘as if!’ but now look at me, I’m the old pro telling the young kids exactly the same.

“Fifteen years man. Incredible. But I’ll never forget it. My wife thinks our first child was conceived that night, so how could I?!”