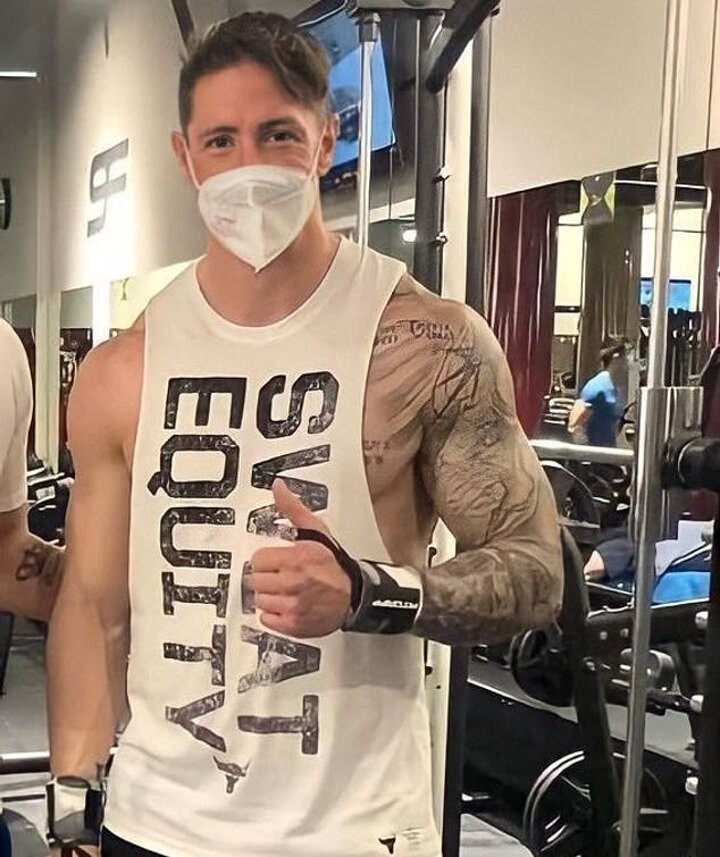 Fernando Torres continued to wow supporters with his incredible body transformation after a gym picture of the former Liverpool man emerged on social media.

The 36-year-old retired from the game in June 2019 but has clearly been doing a great deal of gym work after hanging up his boots nearly two years ago.

Torres posed for a gym photo possessing his new bulky physique, the second time he has shown off this new look since the turn of the year.

On social media, several supporters claimed that the former Spain international striker was destined for a career in WWE, while another fan claimed Torres looked, 'HUGE'.

The former striker had previously showed off his muscles for an advert for Southeast Asian casino website AW8, where he works as a Brand Ambassador.

Torres was working as a youth coach at boyhood club Atletico Madrid's B team but temporarily quit his role at Los Rojiblancos earlier this year due to personal reasons.

The 39-year-old made nearly 400 appearances in all competitions for Atleti as a player over two different spells, making his name as a lean, quick striker rather than a bulky centre-forward.

He became the club's youngest ever captain at 19 years of age in May 2001 but left the LaLiga club for Liverpool in the summer of 2007.

The Spaniard scored 81 goals in 142 appearances for the Merseysiders before sealing an incredible £50million transfer to Chelsea in January 2011.

Torres struggled to live up to his previous hype at Stamford Bridge and ended up joining AC Milan on loan four seasons later - but the striker did win the Champions League and UEFA Cup while in west London.

After struggling in Italian football, Torres returned to Atleti on an initial loan deal and went on to make another 160 appearances in the famous red and while as he made the deal permanent.

Torres ended his career, which also saw him win two European Championships and one World Cup with Spain, in Japan playing for Sagan Tosu but returned to Atleti as a coach before his recent temporary departure.