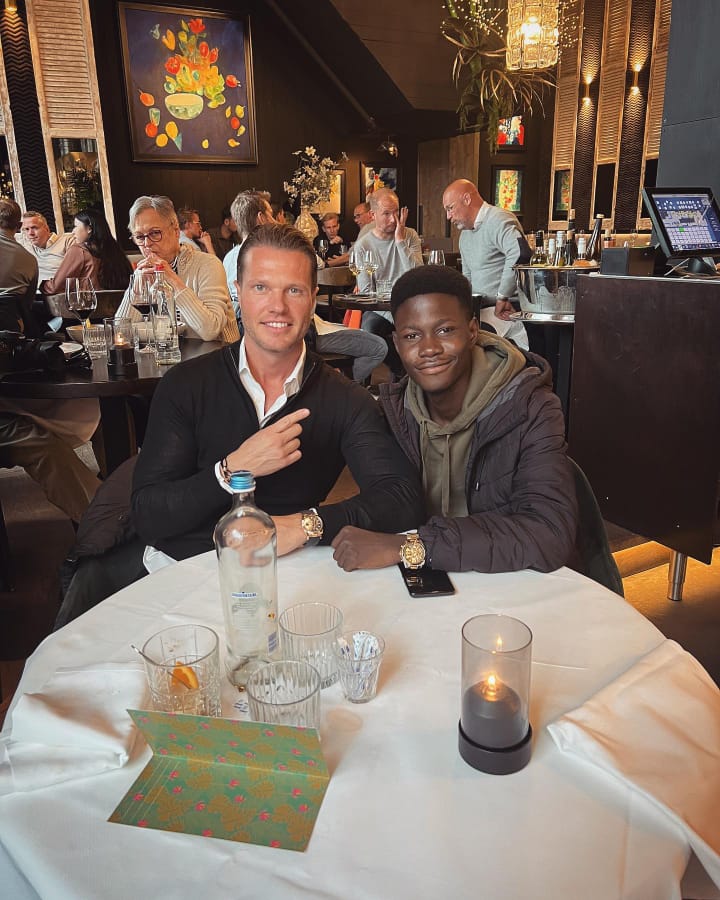 Daniel Boifio Junior, also known as DBJ, the General Manager of Empire Sports Agency, has teamed up with Sebastian Arnesen, a former scout for Manchester City and Chelsea who is now a football agent, to project promising African footballers.

This initiative by the top football agent aims to provide many young Ghanaian footballers with the opportunity to land top deals abroad.

Agreeing to this partnership, Mr Arnesen shared on his IG page that "Officially partnering together with Daniel Boifio Junior to close the gap between West Africa and Europe. Football is not just a game… it’s a way of life! And for a lot of amazing talents in Africa, it’s the only way to a better future! It is our dream and passion to be able to find, assist, guide, and be a part of this journey # TheFutureIsBright

DBJ, elated with this partnership, added that "DBJ Empire and Empire Sports Agency are ready to support this partnership with hard work and dedication to push budding African footballers to enable them to achieve their dream of making a good living for themselves and their families".

Last year, football agent, Sebastian Arnesen was in Ghana for a scouting project at "THE DREAM" tournament to watch young talented players as well as in the various Ghana football divisions.

With access to a wide array of clubs, he is creating opportunities for young players to showcase their talent and fulfil his vision of seeing these young footballers play for some of the biggest clubs in the world.