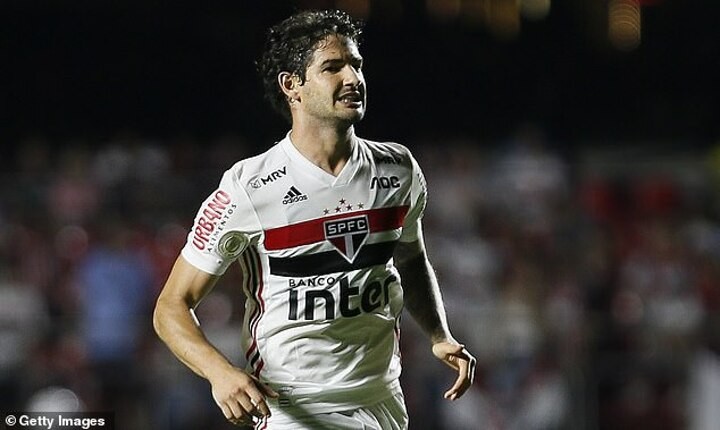 Birmingham City are lining up a move for striker Alexandre Pato, according to reports in Italy.

The 31-year-old has been without a club since reaching an agreement with Sao Paulo for the termination of his contract in August.

However, the report adds that there is also interest in the former Brazil international from Italy, with top-flight sides Genoa and Spezia monitoring his situation as well as Serie B outfit Monza.

The Blues have only managed to find the net on three occasions from seven Championship games this season, and sit 17th in the table ahead of the visit of Huddersfield on Wednesday night.

Pato burst onto the world stage during a six-year-spell at Milan that ended in 2013, but it appeared he was slowly developing into one of the best players in the world.

But since leaving the San Siro the Brazilian's form and reputation has declined following a nomadic existence across multiple continents.

He failed to make an impact in the Premier League while briefly on loan at Chelsea where he only played two top-flight games in six months, and netted just a solitary goal from the penalty spot against Aston Villa in April 2016.

Pato's most successful stint since his Milan days was in China, when he scored 36 goals in 60 games for Tianjin Tianhai, but two spells at Sao Paolo as well as time at Corinthians and Villarreal also failed to resurrect his career.