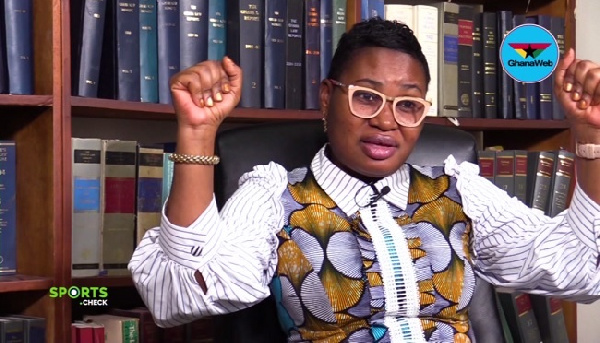 A member of the erstwhile Normalisation Committee, Lawyer Naa Odofoley Nortey has revealed that she is not surprised by the outcome of the CAS ruling between the Ghana Football Association and beleaguered ex-GFA presidential candidate Wilfred Osei Kwaku.

The Court of Arbitration for Sports released the verdict on Wednesday morning, with Palmer's case against the FA dismissed.

The NC had disqualified Wilfred Osei from last October's presidential race over claims of not reporting a commission from the transfer of Joseph Painstil.

“I was not surprised about the ruling from CAS. It was clear about the disqualification handed over to him by the Normalisation Committee," she told Happy FM.

“The case being contested in CAS wasn’t what was even discussed in the media. The decision of the NC was affirmed which CAS agrees and that is the best part for me and I am very happy about it. We have been vindicated by our decision”, she added.

The ruling from CAS puts to rest months of intense anxiety involving all the principal actors over the future of the leadership of the GFA.

It also puts into question the future of Palmer in football administration in Ghana as he might not be able to contest for any position within the GFA in future.

This comes just one day after the federation's congress overwhelmingly approved the GFA programmes for the coming years thus giving Okraku the chance to firmly lead the GFA.

The global sports tribunal body announced the much-awaited verdict to bring to an end 11-month litigation which threatened to rock the administration of football in the West African nation.