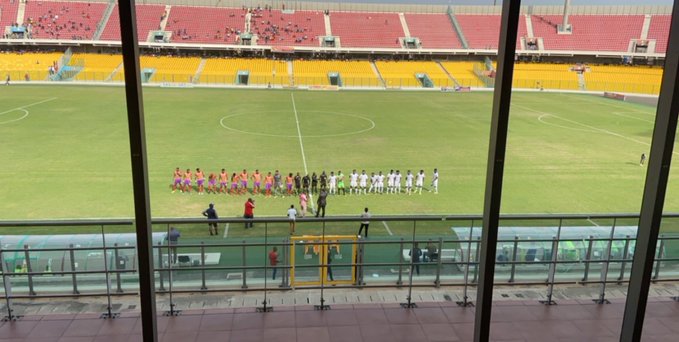 The 38-year-old was among high profile personalities who watched the match at the Accra sports stadium.

Hearts of Oak lost 1-0 to Chelsea in their opening league match which has sparked outrage in the West African nation.

Good to be here for the first game of the season for @HeartsOfOakGH against @BerekumChelseaF in the Ghanaian Premier League. pic.twitter.com/jxworHYkhM