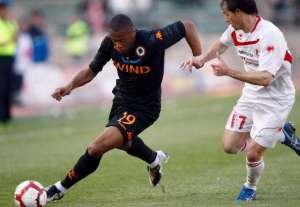 As the latest well-known name to be recruited to Major League Soccer, Julio Baptista is off to pastures new, the former Roma man joining Orlando City.

Most recently with Cruzeiro in his native Brazil, Baptista will join up with his old Samba Boys teammate Kaka having been released by the Belo Horizonte club where he’d played for two years.

Another life and career moment that we’ll course together! Welcome @J_Baptista81 to @OrlandoCitySC #thebeast #labestia

Confirmed by the Orlando City star, Baptista will soon play in the MLS for the Florida-based side who sit third in the Eastern Conference standings after a win and two draws so far in 2016.

Now 34, the physically-minded attacker plied his trade in Serie A with Roma between 2008 and 2011, scoring 15 goals in 77 appearances.