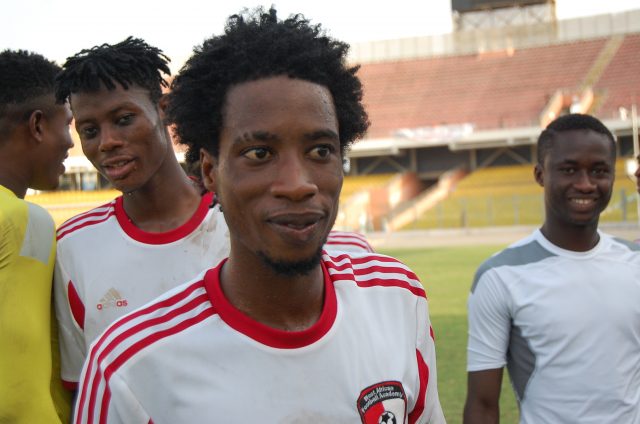 Former WAFA playmaker Majeed Ashimeru has revealed he played with an injury in the club's memorable 5-0 victory over giants Hearts of Oak in 2017.

Ashimeru featured in the 5-0 drubbing of the Phobians in the top flight five seasons ago, scoring the opening goal in the first half

The result at the Sogakope Park came at a time when the Academy lads made their home ground a fortress and lining up big clubs.

In an interview with Joy Sports via Star Connect, the 25-year-old said he had to take painkillers to feature in the game.

“The most important [memory from the GPL] was the game against Hearts of Oak, the 5-0," he said.

“I remember that because a day before the game I was injured and I couldn’t train.

“The director came to tell me a scout from Europe was coming to watch this game so I have to play. I had to take injections and painkillers and I had to play. On the field I didn’t play my favourite position, I had to play on the left wing to protect myself.”

Ashimeru following the end of that season moved to Austrian side Red Bull Salzburg. He had a couple of loan spells before signing for Belgian side Anderlecht and is currently enjoying his football.