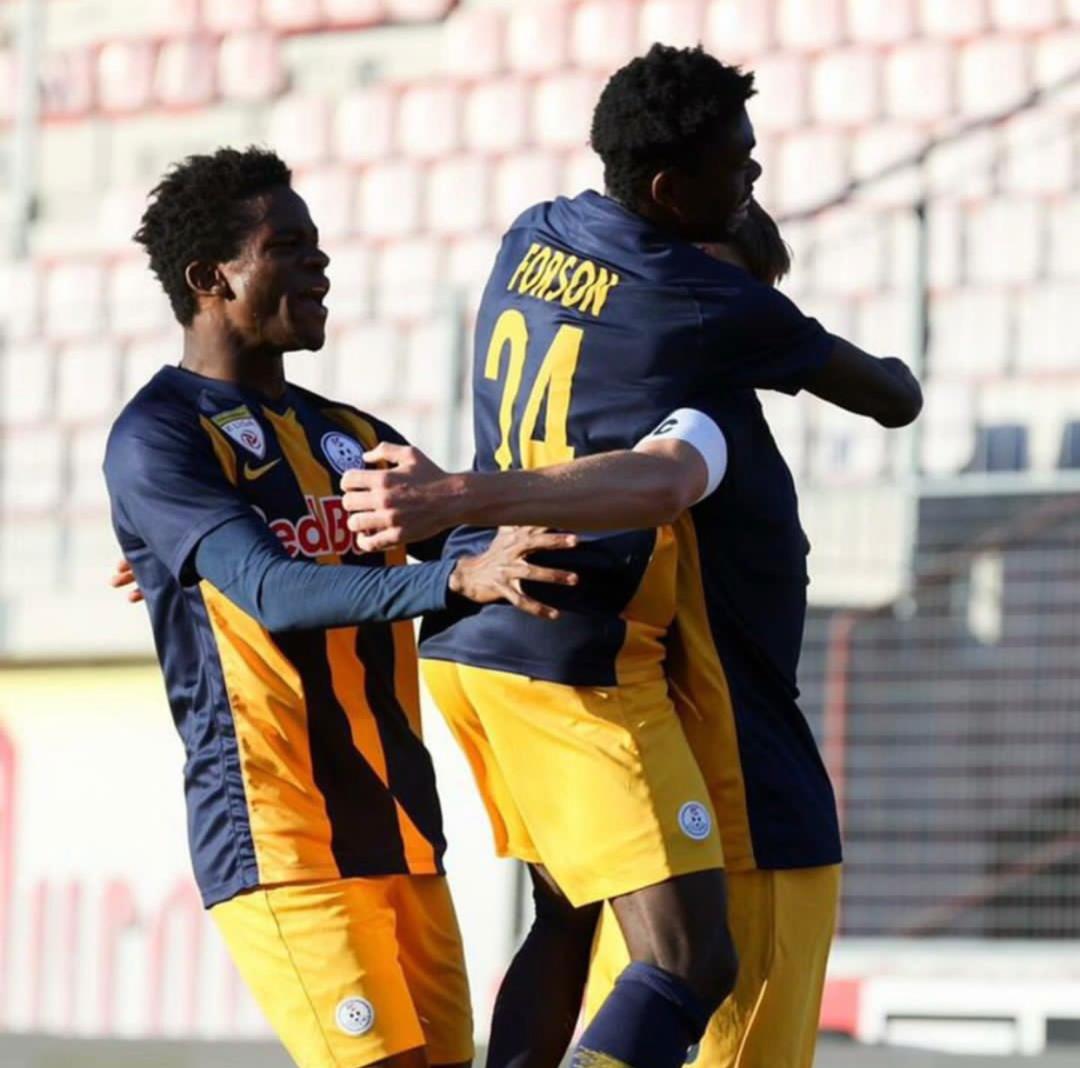 On-loan midfielder Forson Amankwah put up a starring performance in his first start for Austrian second-tier side FC Liefering on Friday, 23 April 2021, in their 3-0 league win at Kapfenberger.

The Red Bull Salzburg-owned player was named in the starting XI for the first time since making his debut on 10 April against Lafnitz when he came on in the 89th minute for Daouda Guindo.

He has a total of four appearances in the 2.Liga.

Amankwah, formerly of Ghana Premier League side WAFA, grabbed that opportunity and burnished his credentials.

He waltzed through three Kapfenberger players  before delivering a pass to captain Alex Prass who slotted by the goalkeeper for the match's opener in the 27th minute.

After 72 minutes, Amankwah's incisive pass put the Kapfenberger defence out of the equation for Sesko to finish the move.

He lasted the entire duration of the match, made four key passes, 12 duels won and he 50 touches.

''I'm especially happy for Forson, who was in the starting XI for the first time and did a very good job,'' FC Liefering coach Matthias Jaissle said in a post-match interview