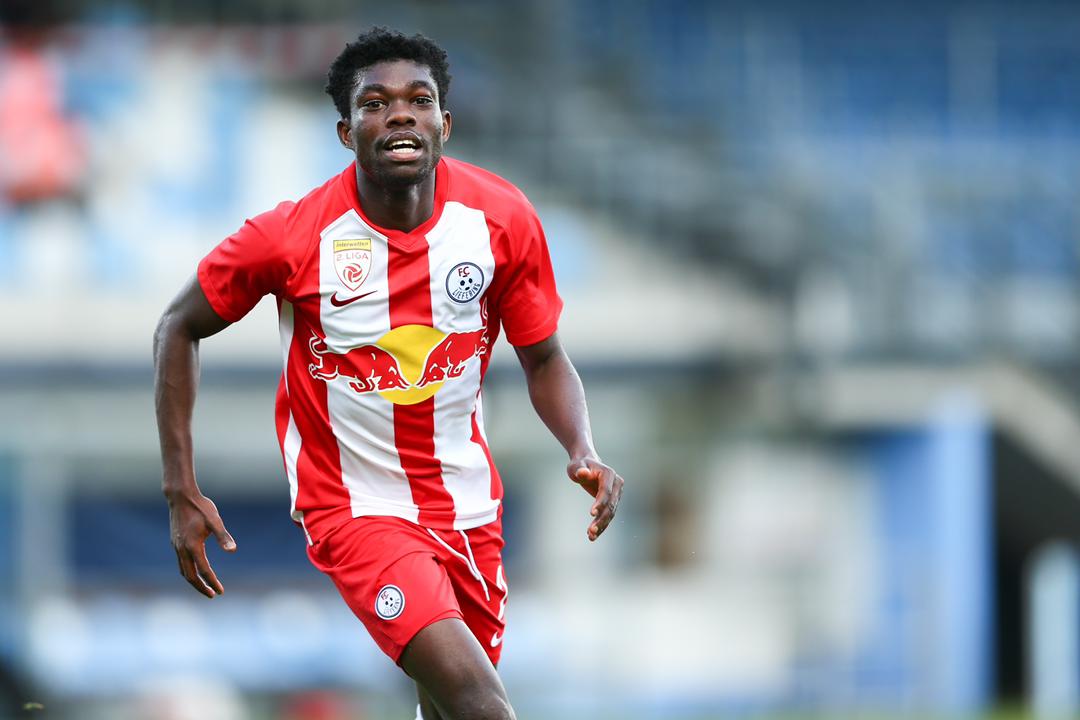 On-loan Forson Amankwah's explosive run for FC Liefering continued on Friday, 30 April 2021 when he scored his first goal for the club in the Austrian second-tier.

FC Liefering managed to secure a 3-2 win over Dornbirn at the Das.Goldberg-Stadion.

The 18-year-old, who was making his third start in five matches, found the back of the net in the 42nd minute.

Amankwah collected a pass from Maurits Kjaergaard and shot past goalkeeper Lucas Bundschuh to give them a 3-1 win.

The former WAFA player lasted 68 minutes and was replaced by Elias Havel.

Before that, Amankwah scored three goals in five matches Red Bull Akademie U18 in the Jugendliga U18 league.