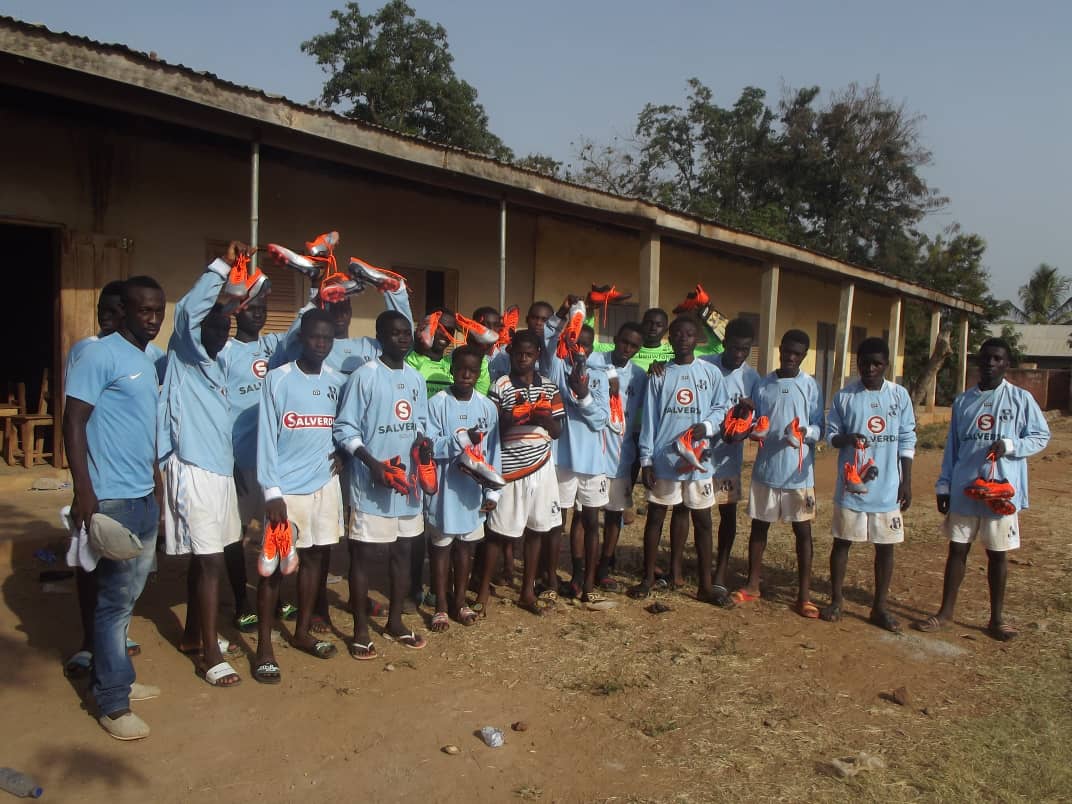 Kids with some of their donated football boots

Sports for Development Charity, Forsports Foundation, held a youth football tournament at Odomase a suburb of Sunyani on 6 March, 2019 to create the awareness of AIDS.

The tournament was in collaboration with the Ghana AIDS Commission and Sunyani West District Assembly supported by Kits for the World, Shoes4Life and Umbro.

Forsports Foundation used football as an efficacy tool to remind the people of Odomase about the incurable HIV/AIDS during the program.

AK Shion beat Fiapre Circuit U15 2-0 in the final to become winners.

Each of the teams had a set of jerseys as participants from Umbro and Hummel, whilst players who exhibited enormous performance got brand new football boots, shin guards from Umbro and Puma. 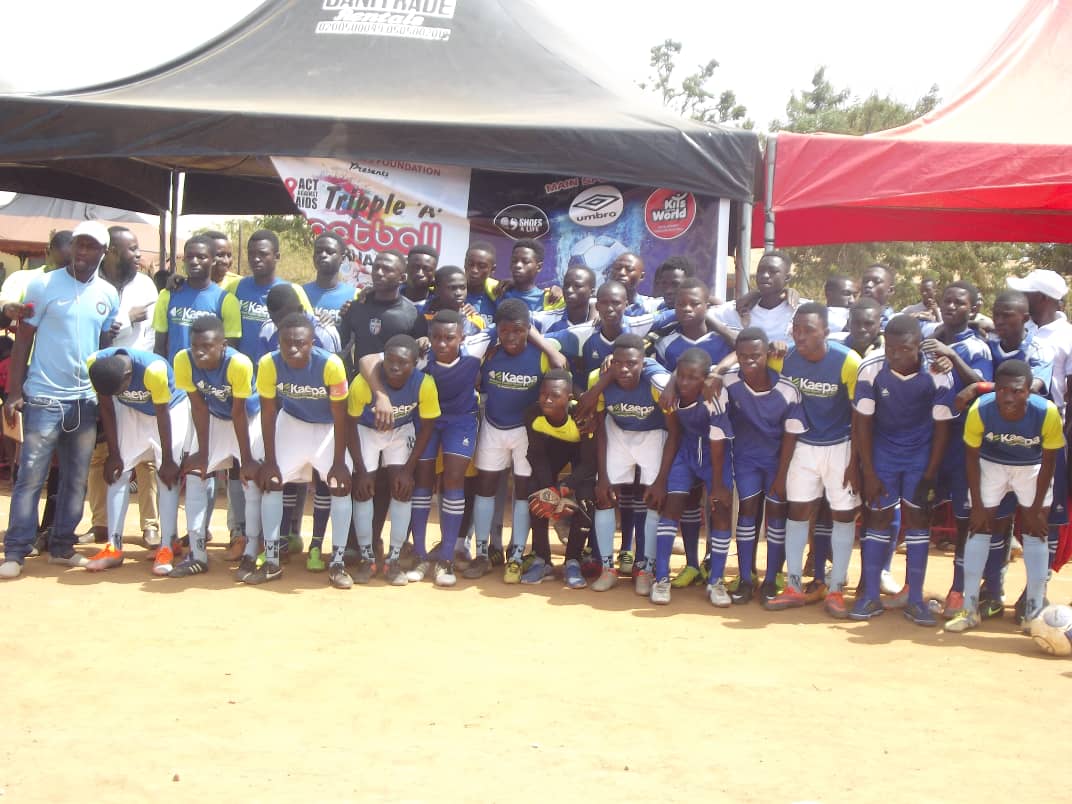 Triple A Football Tournament
"I will thank the District Assembly and all our sponsors for making us achieve this indelible feat in our part of the world. Such tournaments, at large bring hope to young footballers we saw here. I will avail myself to those who want to choose football as a career so that I can assist them to achieve their dreams, " Founder and Chief Executive Officer for Forsports Foundation, Christopher Forsythe said.

He again warned the youth to be circumspect about AIDS since it is real and advised them to abstain from unprotected sex.

"AIDS is real and rampant in our part of the world, I will plead with you to be careful during sex,'' he added.

''If you can't abstain from it until marriage, protect yours because when you get infected it will be difficult to realize your dreams in future." 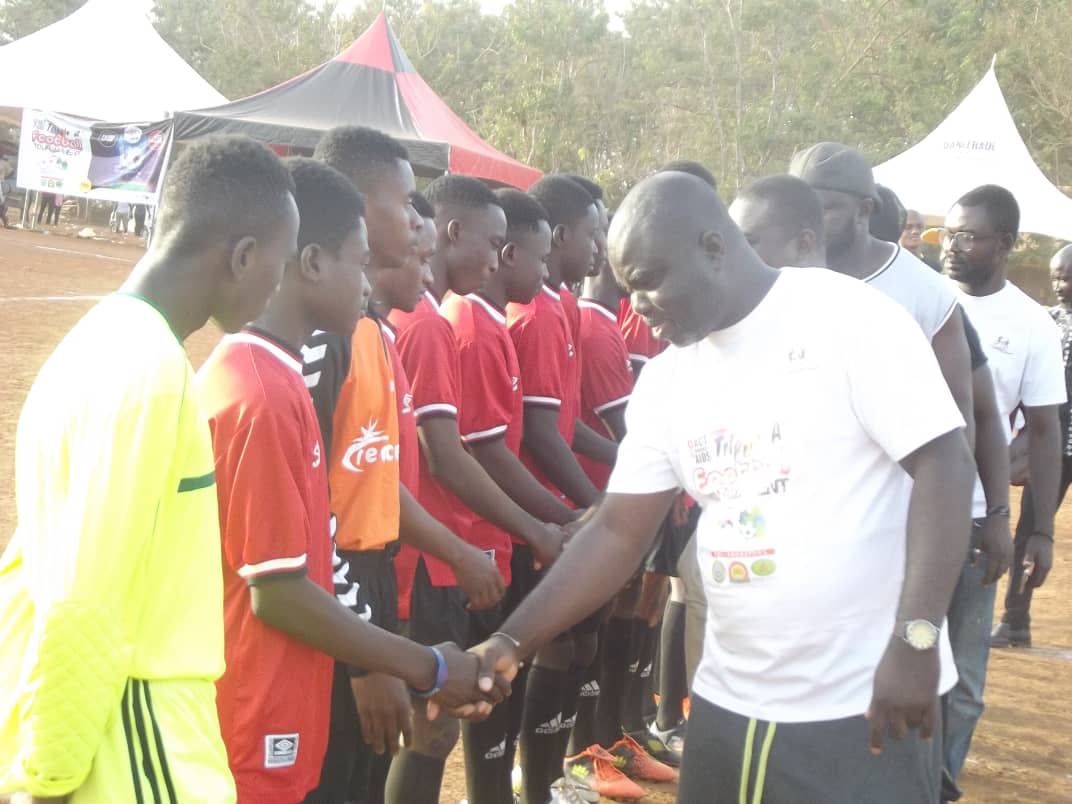