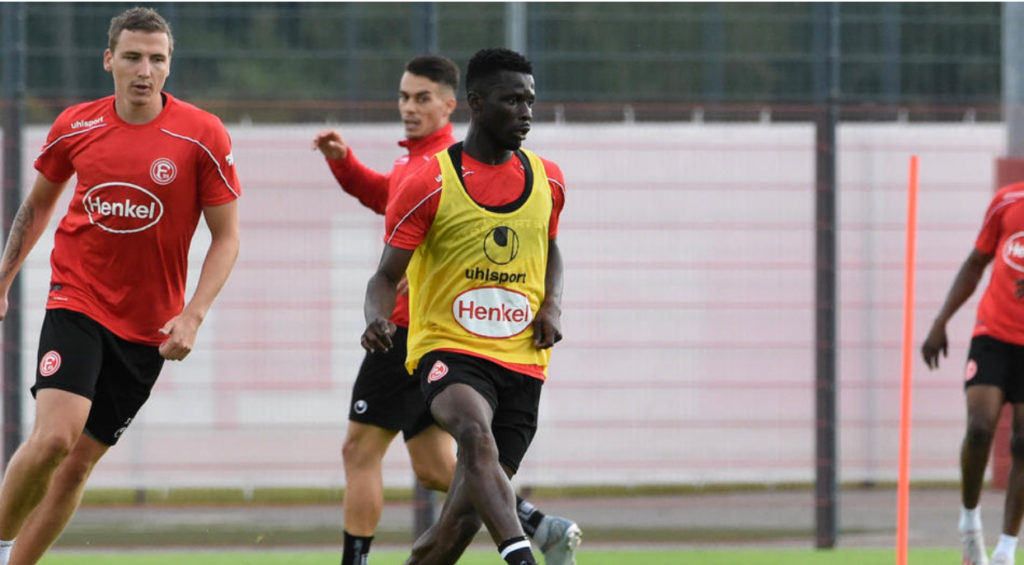 Ampomah joined the Red and Whites on a three-year deal from Belgian Jupilar Pro League outfit Waasland-Beveren on Wednesday.

The deal is reported to be worth €5.8 million.

After completing the move, Düsseldorf chief Pfannenstiel has banged high hopes on the Ghanaian after claiming that he has the potential to write his name in the Bundesliga folklore.

"Nana Ampomah is a fast, both-footed and tricky player for the offensive wing,” he said.

“We have seen him several times and are convinced that after his strong performance last season in the Belgian Jupiler League he will leave a lasting impression in the Bundesliga as well.”

He was one of the top performers in the Belgian Jupilar Pro League last term, scoring seven goals and providing four assists in 22 games.

Ampomah was on the radar of Feyenoord Rotterdam and Club Brugge before his club Waasland-Beveren agreed to sell him to the German outfit.