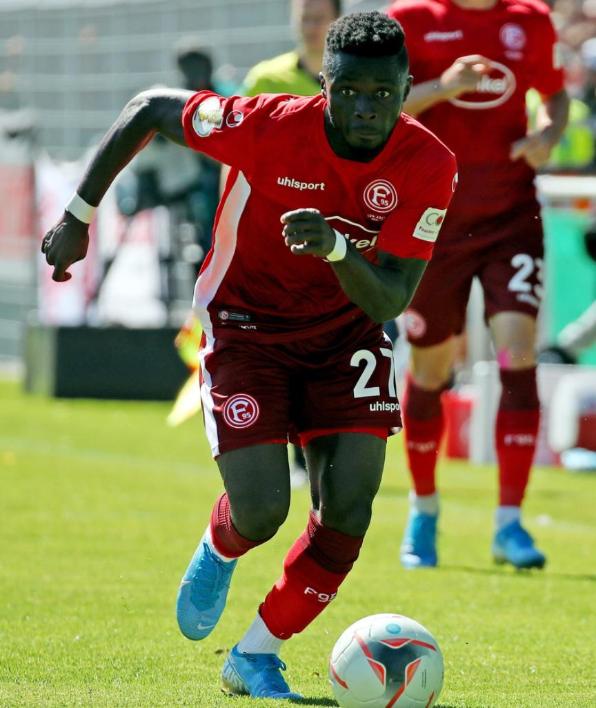 Fortuna Dusseldorf coach Uwe Rösler showered praise on winger Nana Ampomah who scored in their 5-2 win at Kaiserslautern in the German Cup.

Rösler gave the Ghana international a starting goal and he scored a beautiful goal.

''Nana is a good player. I would like him to go even deeper sometimes without a ball but you can also do that. He made the first goal great, that is great for him and his confidence,'' the 51-year-old said.

''He had the strength and the power to play over 90 minutes. Goals are good for our strikers.

''It was his first game on Saturday against Frankfurt in the starting line-up for a long time, the boy needs confidence. He is collecting that now.

''He has a realistic chance with me, he knows that - if he works for the team, with the ball, but also without it. I'm looking forward to next weeks with him. "