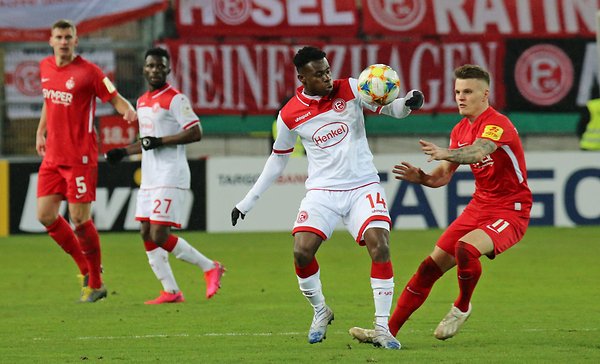 Fortuna Düsseldorf coach Uwe Rösler believes Ghanaian kid Kelvin Ofori has all the technical attributes and qualities to break into the first team.

The 18-year-old was introduced before the start of the second half in the German Cup win over Kaiserslautern in midweek.

"I think so! I had already seen him in training, but then in a game today. He has an uncanny body balance, he is very difficult to grip with the ball," Rösler said.

''Kelvin is only 18 years old, we will still have a lot of fun with him! The club did a really good job with him.

''I can already say that without praising the boy. You shouldn't raise expectations too much, we will see for now in the next few weeks. However, he showed me that he can help us as a team immediately.''