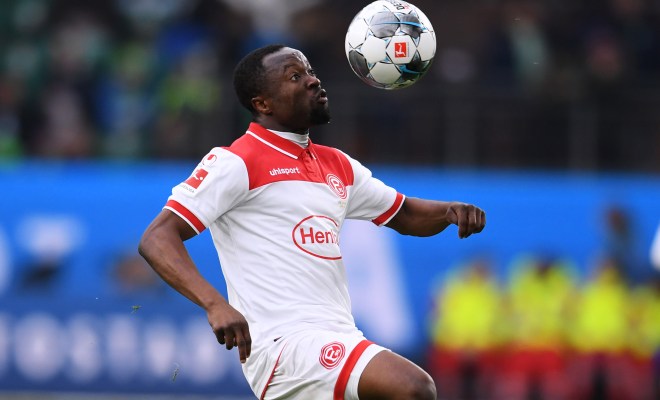 Fortuna Düsseldorf could send Bernard Tekpetey back to Schalke 04 this season, it has been claimed.

Nordbayern has reported that the Ghana youth star could see his two-year loan deal from the Royal Blues canceled with a number of clubs believed to be interested.

Fortuna Düsseldorf have the option to make the deal permanent but fresh reports are claiming the Bundesliga outfit may decide against that.

The Ghanaian has struggled to garner steam this season as he continues to struggle for form.

However, thus far this season he is without a goal and has underwhelmed greatly in matches he has featured in.

Tekpetey has had only nine chances - one of them over 90 minutes - for Fortuna and has played 449 minutes in all competitions.

It appears the striker lacks confidence and will be hoping to bounce back to his best when the Bundesliga returns from suspension.

The suspension is due to control the spread of coronavirus pandemic.