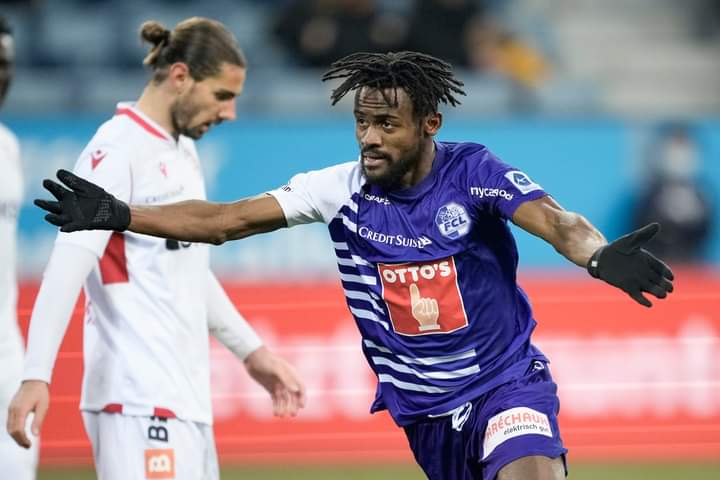 Abubakar-Ankrah scored the only goal of the match as Luzern saw off FC Sion with a 1-0 victory at the Swisspor Arena.

The 24-year-old got the match winning goal for the hosts in the 57th minute after connecting a pass from Tunisia international defender Mohamed Drager.

Abubakar-Ankrah switched camp from FC Lugano to Luzern in the winter transfer window.

He scored three times in 17 appearances for Lugano before making the move to Luzern where he has scored once after three matches.