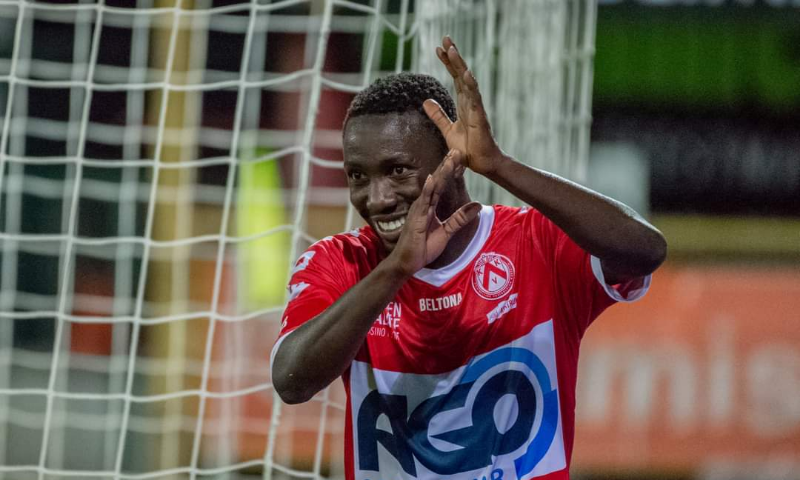 Ghanaian forward Eric Ocansey scored his first goal of the season in the Belgian Jupiler Pro League on Saturday playing for KV Kortrijk.

Kortrijk threw away a two-goal lead to draw 2-2 with Zulte Waregem at the Elindus Arena in Waregem.

Senegalese forward Pape Habib Gueye scored the opening goal of the match 12 minutes after the break connecting a pass from Faiz Selemanie.

Ocansey lasted only a minute on the pitch to get his name on the scoresheet after scoring in the 71st minute.

The 24-year-old was brought on in the 70th minute as he replaced Moroccan player Rachid Alioui.

Ewoud Pletinckx and Jelle Vossen scored in the 84th and 88th minutes to draw the hosts level in the game.

Ocansey has one goal in 4 appearances for Kortrijk in the Belgian top-flight this season.