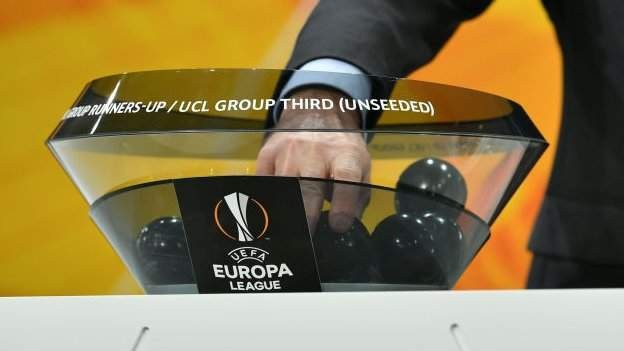 Four British sides await their opponents in Friday's draw for the last 16 of the Europa League (12:00 GMT).

With no seedings, and no restrictions on sides from the same nation facing each other, the draw could produce an all-Premier League clash.

Tottenham, Manchester United, Arsenal and Rangers came through their last-32 ties this week, with only Leicester being eliminated.

The BBC Sport website and app will have live text coverage of the draw.

Manchester United went through with a goalless draw against Real Sociedad (after winning the first leg 4-0) and a late Arsenal goal took them past Benfica 4-3 on aggregate.

Other big names in the last-16 draw include Ajax (who beat Lille), AC Milan (who edged past Red Star Belgrade on away goals) and Roma (who saw off Braga).

Remaining sides and their last-32 results: