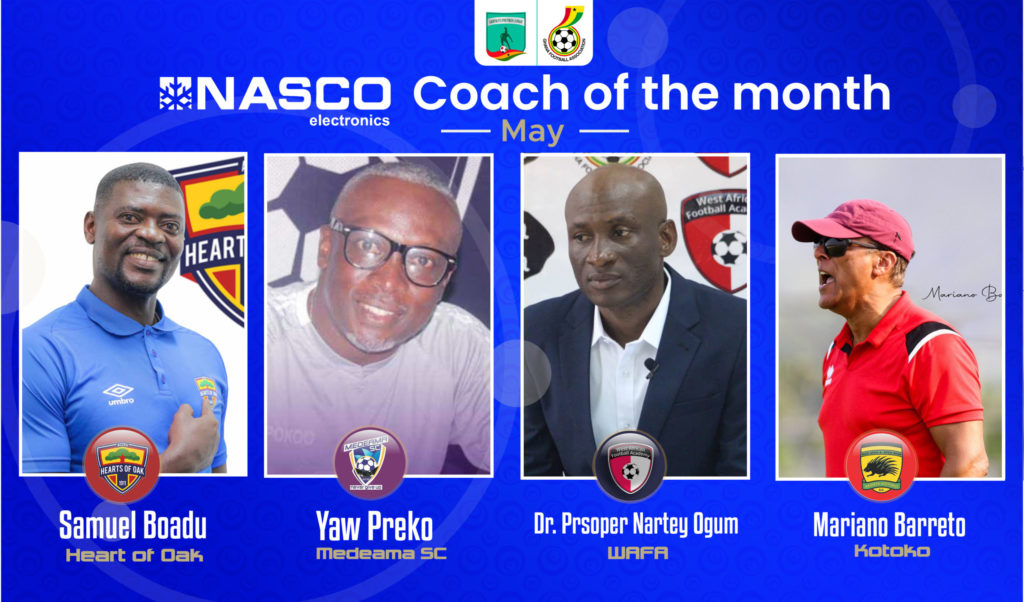 Asante Kotoko's Mariano Baretto, Hearts' Samuel Boadu, Yaw Preko of Medeama and WAFA's Dr. Prosper Nartey have been nominated for the coach of the month award for May.

The four coaches led their teams to impressive performances in the Month earning them nominations for the accolade.

Mariano Barreto of Kotoko led his team to three wins and three draws in May.

Samuel Boadu had an outstanding ride in the Month, gliding through his opponents with ease, winning five matches and losing just once in May.

Yaw Preko won three games and lost three in charge of Medeama in May.

And Dr. Prosper Nartey led WAFA to four wins, a draw and a defeat in the Month.

The winner of the Coach of the Month for May will be announced on Friday, June 25, 2021.

The winner will receive a Nasco television set, a Nasco men's grooming set and a personalised trophy by Nasco.