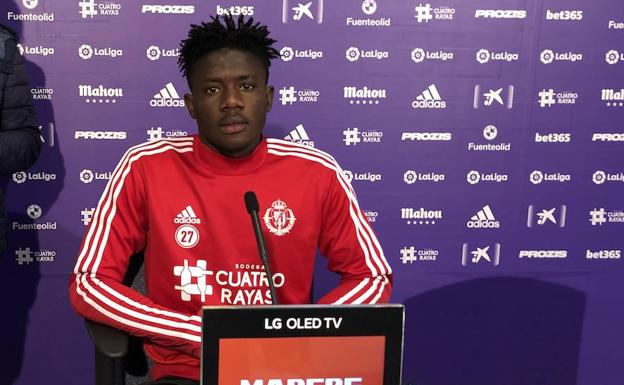 Director of the African Talent Football Academy Fran Castaño says he is not surprised by Sevilla interest in Mohammed Salisu, describing how he discovered the young defender.

The 20-year-old is a subject of €12 million transfer from Spanish La Liga giants Sevilla after his impressive display for Real Valladolid in the ongoing season.

And Castaño who scouted the youngster says he is not surprise by the meteoric rise of the player because he's destined to achieve great things in the beautiful game when asked about the Sevilla interest.

"What surprises me most about him is that he always needs challenges to grow and that, until now, he has always overcome. He is not afraid of the challenge, for that reason he will not stop making the leap."

Castaño continued by revealing how he discovered the defender: "My academy is in Accra and they told us that there was a group of players in Kumasi that could be interesting. We made a five-hour trip and ten minutes from see him we knew since he was a different player."

"We saw it almost by chance because he was late, when we were leaving. He appeared without boots, but we soon saw that he was different . He has an impressive physique, he is technically good. He plays as central and left-handed, which is something we value very much. Then we talked with him and his family and discovered that he was the type of person we want, "added astaño.

"Given these qualities, it is not surprising that Monchi already plans to sign him for Sevilla," he deduced.

He has scored one goal in 12 matches for Real Valladolid in the ongoing La Liga campaign.

Salisu was called up for Ghana's 2021 Africa Cup of Nations double-header qualifiers but withdrew from the squad due to injury.