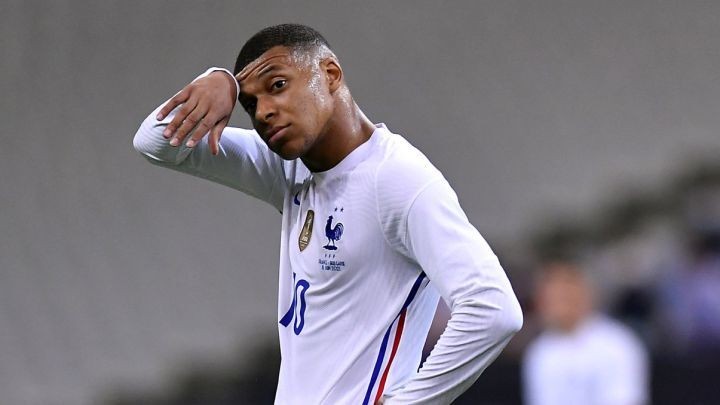 Kylian Mbappé spoke at the French press conference and attempted to clear up the situation over his 'no service' controversy with Giroud.

Kylian Mbappé, the man who France hope can lead them to more international glory at the European Championships, was a surprise selection to the team facing the press ahead of their Euro 2020 opener against Germany. Given recent goings on in the French camp - including recent comments by Oliver Giroud - it may have been wise to keep him out of the line of fire, but the questions came and the youngster answered. Here’s what he said…

"I spoke with Olivier Giroud,” Mbappé told the gathered media. “Everybody knows what happened. It’s true that I was a little affected by it…but we’re not going to make a big deal about it because we are here to represent France. That’s the most important thing, we're focused on our objective.

"What he said doesn't bother me. He expressed a feeling. I'm a striker and I've had that feeling, when it feels like the balls not coming to you, 365 times in a game.

Mbappé was also asked about potential big names coming in to join him at PSG.”

“I have never asked Leonardo or my president for a single player.”