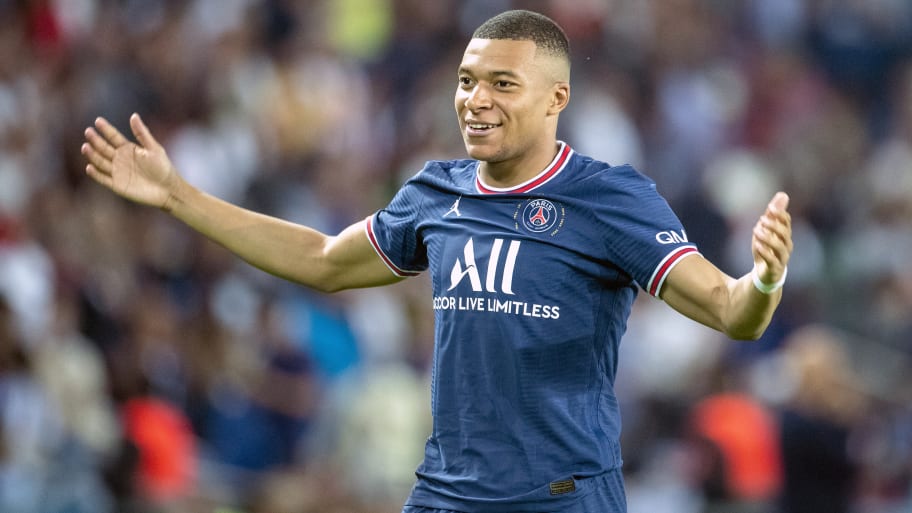 Roma legend Francesco Totti has defended Kylian Mbappe's decision to turn down an offer to join Real Madrid and sign a new deal with Paris Saint-Germain instead.

Mbappe was widely expected to leave the capital of France for that of Spain this summer with Real Madrid long-term admirers of the forward. They had even tried to sign him for a nine-figure sum in 2021, but PSG rejected their approach.

With his contract at Parc des Princes expiring at the end of the 2021/22 season, Mbappe shocked the world by deciding to put pen to paper on a lucrative three-year deal with PSG, and Real Madrid were left furious with how the 23-year-old handled the saga as they believed he was on his way to the Santiago Bernabeu.

But Totti, one of football's greatest one-club men after spending his entire career with boyhood side Roma, has supported Mbappe's decision to stay in his native Paris in an interview with Sky Sport Italia.

"For me, it’s a choice of the heart, no matter who it was that decided to stay. He should be managed and protected like all the big champions. He can’t find better than PSG," Totti said.

Real Madrid famously courted Totti for many years during his peak at Roma in the mid-2000s, but he insisted later in his life that signing for Los Blancos would have betrayed his 'story'.

"I wouldn’t go to Real Madrid because it wasn’t my story. My story was Rome, Roma," Totti told the Guardian in 2021.


This article was originally published on 90min as Francesco Totti defends Kylian Mbappe's decision to turn down Real Madrid.