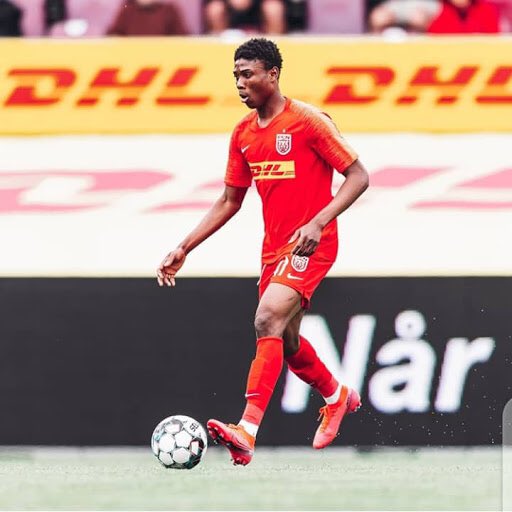 Francis Abu was sent off in injury time as his side Nordsjaelland stole a 2-0 win at SønderjyskE in the Danish Superliga on Monday night.

The midfielder was flashed a straight red card in the 96th minute by referee Jens Maae.

Abu launched a reckless challenge on Duplexe Tchamba and was initially given a yellow card.

But after consulting VAR, the referee decided to upgrade his punishment to a red card.

The 20-year-old was making his third consecutive appearance of the season.