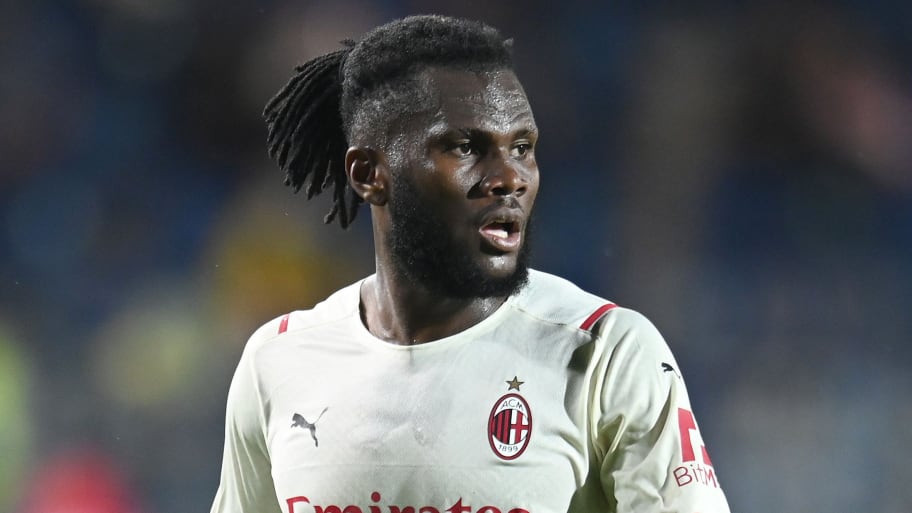 Barcelona's desire to strengthen their squad is no secret.

The Catalan giants endured an awful summer, losing many of their marquee players - Lionel Messi and Antoine Griezmann included - because they are in financial ruin caused by years of mismanagement and questionable decision making.

The effect has been devastating on the pitch, particularly in the Champions League, and is likely to cost Ronald Koeman - the most under pressure manager in the world - his job in the next few weeks.

But despite all of that, plans are in place to relaunch and revitalise Barcelona.

The next 12 to 18 months - and possibly longer - is going to be tricky, no doubt about it, but there's a core ideology of building around a number of young academy graduates. The likes of Pedri, Ansu Fati and Gavi are all expected to become superstars of the game.

But there's also investment opportunities, particularly in the free transfer market. One name that keeps cropping up over and over again is that of Franck Kessie, who has risen to prominence at AC Milan after a stellar couple of years in Serie A.

He's out of contract at San Siro next summer and, barring a miracle, is almost certain to leave the fashion capital of the world for pastures new.

90min understands that Kessie wants that next step to be in the Premier League - Liverpool, Chelsea, Manchester United, Tottenham, Arsenal, Everton and Leicester have all asked to kept abreast of his situation - but his options are wide and far reaching.

Physically strong, he's shown great energy and variety to his play while playing for Milan, becoming known as one of the more rounded and complete midfielders in Europe. 13 goals in Serie A last season attests to that.

Were Kessie under contract for any length of time, you'd be looking at paying a fee upwards of €60m - that's how good he is. For Barcelona, that alone makes him an attractive prospect, given there is potential re-sale value should it ever come to that.

There's also the opportunity to adapt Frenkie de Jong's position into more of a deep lying playmaker who is also capable of breaking up play and winning the ball back. A more mobile Sergio Busquets with extra quality if you will.

That would allow Kessie to flourish further forward, something Barcelona may actually be looking for after losing the talented Ilaix Moriba to RB Leipzig over the summer.

Is it a done deal? Absolutely not. But Barcelona are certainly in the mix and can make an approach in January, they just need to convince Kessie that the riches of the Premier League can be outdone by the glamour and allure of playing at Camp Nou.

This article was originally published on 90min as Franck Kessie front and centre of Barcelona transfer plans.