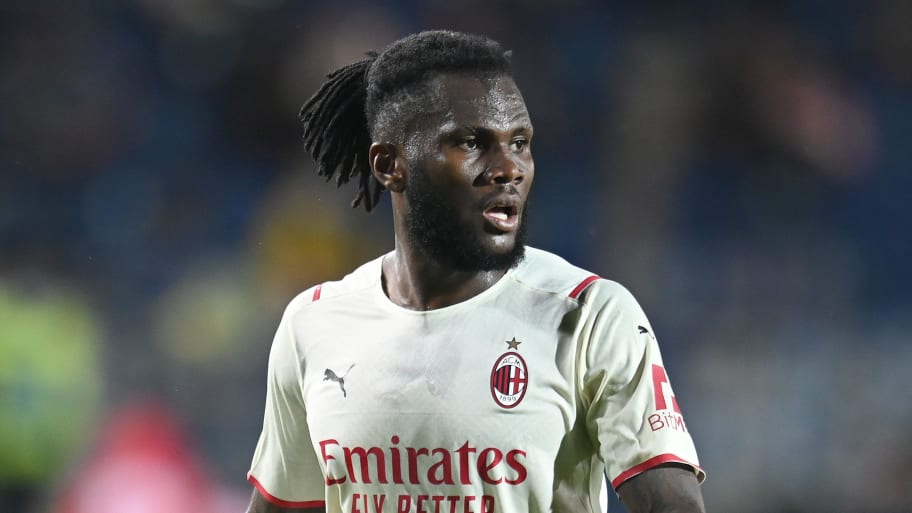 Franck Kessie's agent has cast major doubt over the midfielder's future at Milan, stating that the club's official contract offer was 'very far' from the rumoured €6.5m net per season, and that 'an important player needs a worthy contract'.

The 24-year-old's deal is set to expire in the summer of 2022, meaning he will be free to negotiate a move away from San Siro from January unless the Rossoneri manage to tie him down to a new long-term deal.

Milan have been in negotiations with Kessie for months, but they have seemingly made little progress over an agreement, opening the door for a number of interested clubs, including a host of the Premier League's elite.

The Ivorian's agent George Atangana told Calciomercato that Milan have made an official contract offer to Kessie, but it is 'very far' from the reported figures of €6.5m net per season.

"For an important player, he always needs a worthy contract," he said. "There was an official offer from the club, but we are talking about figures very far from what you are referring to.

"We are approaching the eighth week of the season and there is all this media confusion regarding the renewal of Kessie with Milan.

"I don't seem to see the same approach to negotiations similar to this one: there are players with contracts expiring at Inter, Marseille, Napoli, Monchengladbach, Torino and other clubs, but they are not being talked about with the same energy.

"I thought I read Milan are also negotiating with some players whose contracts are due to expire."

Atangana also addressed rumours that Kessie could follow Hakan Calhanoglu in making the unforgivable switch from the red and black of Milan to the blue and black of Inter, denying these claims and insisting he has never spoken to the Nerazzurri.

"Proposed to Inter? A footballer of Franck's calibre does not need to be proposed to anyone. In any case, I have never spoken to Inter, and for too long the same things have been said incorrectly. I feel sorry for those who read them, believing them to be true."

Kessie had previously nailed his colours to the Milan mast, but negotiations have since stalled, leaving his future extremely unclear. He is attracting plenty of interest from the Premier League, and 90min recently revealed that the midfielder would like to test himself in England.

Liverpool, Chelsea, Manchester United, Tottenham, Arsenal, Everton and Leicester are all tracking his situation, and his agent is confident that he will receive plenty of pre-contract offers from the Premier League clubs.

This article was originally published on 90min as Franck Kessie's agent speaks out on Milan contract impasse.