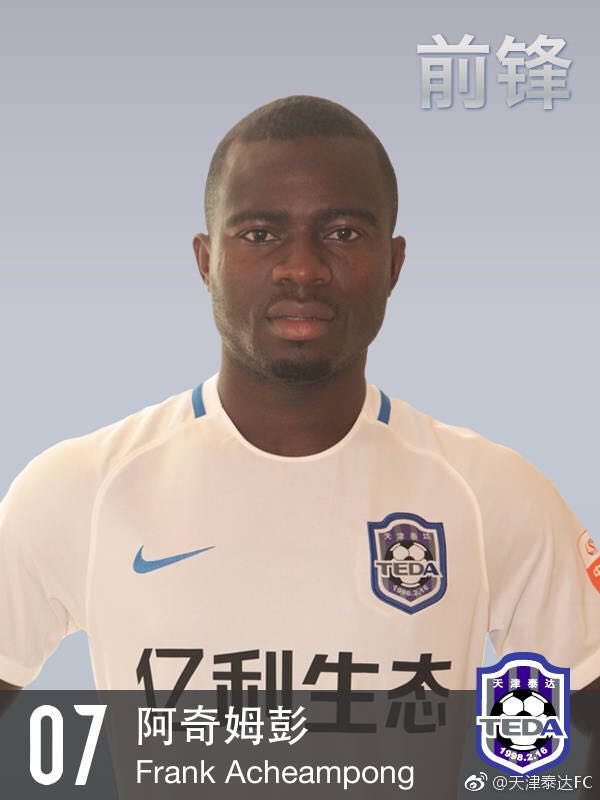 Belgium international Yannick Carrasco gave Dalian the lead in the 26th minute but Acheampong set up  Sandro Wanger to snatch the equalizer after 32 minutes.

Two minutes later Acheampong scored to give Tianjin Teda the lead and turned the game on its head.

Carrasco equalised just after half time and new Rondon was introduced in the 59th minute for Boateng when Qin Sheng was sent off.

Acheampong grabbed his second from the penalty spot, it appeared as though ten-man Dalian were heading for defeat.

Rondon popped up in the penalty area with a matter of minutes left on the clock to level the scores.