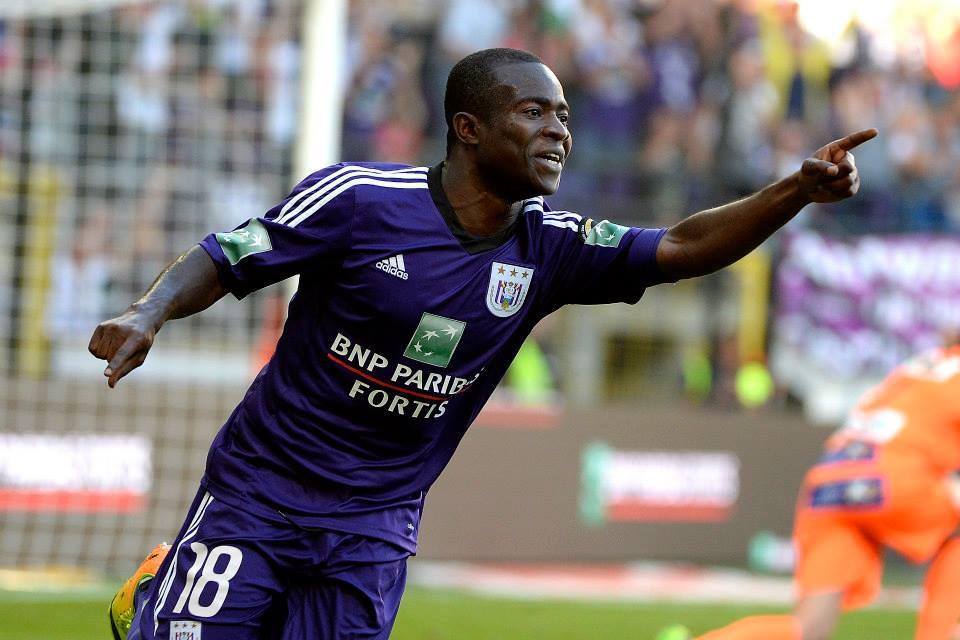 Frank Acheampong played six minutes for Anderlecht who were crowned Belgian champions for the 33rd time after a 3-1 victory over Lokeren was sufficient to pip Daniel Opareâ€™s Standard Liege to the title on the final day of the season on Sunday.

Anderlecht finished the 10-game playoffs-which pits the six most successful teams from the regular competition-two points ahead of Standard who beat Racing Genk 1-0 at home.

Acheampong replaced third goal scorer Dennis Praet in the 84thÂ minute and won his first league title as a member of the senior team.

Opare provided the assist for Medhi Carcela-Gonzalez to score the only goal against Bernard Kumordziâ€™s Genk.

The versatile wing back will join the Black Stars begin preparations for the 2014 World Cup finals on Tuesday.