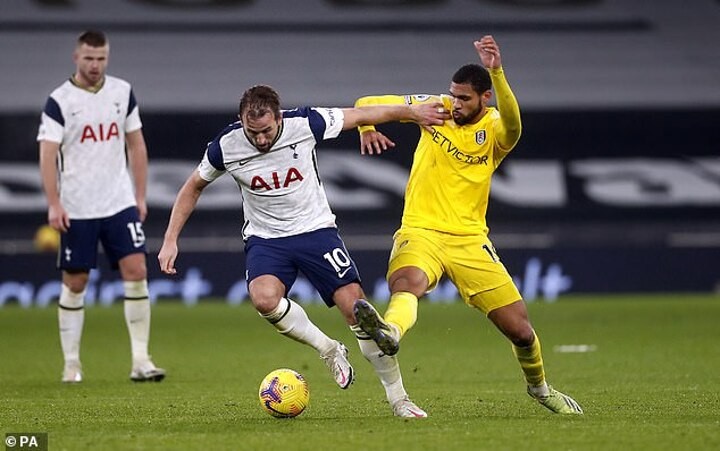 Frank Lampard has challenged Ruben Loftus-Cheek to continue performing on loan at Fulham.

Loftus-Cheek was loaned out to Chelsea's west London neighbours on a season-long deal in October, but has drawn mixed reviews as he continues to work his way back to the impressive form he showed under Lampard's predecessor Maurizio Sarri before rupturing his left Achilles tendon in May 2019 against New England Revolution.

The injury, combined with the halt to football caused by the ongoing Covid-19 pandemic, meant that the 24-year-old did not play for the Blues again until June last year, when he featured for 55 minutes against Aston Villa before being replaced by Ross Barkley.

Both Lampard and Loftus-Cheek felt the midfielder needed to go elsewhere this season to fully get back up to speed again and the England international has made 13 appearances for Scott Parker's men.

Despite Loftus-Cheek not having fully hit his stride just yet, Lampard is encouraged by his player's progress and is in no mood to sell him.

'The conversations I had with Ruben earlier in the season were that he wasn't feeling as sharp as he wanted to be on the back of a really bad injury,' the Chelsea boss said ahead of Saturday's west London derby at Craven Cottage.

'He felt he needed games and maybe he could get regular games elsewhere. Seeing him play recently, I see him looking fit, fresh and strong. We know he's an obvious talent so it's great. If he can keep that up hopefully through the season, and if he can get back to where he was and more, then I'll be very happy and he'll come back as our player, for sure.'

Loftus-Cheek, who is ineligible for the match against his parent club on Saturday and whose only goal for Fulham so far came in the team's 3-2 defeat to Everton, put in arguably his best display for the Cottagers against Tottenham on Wednesday, almost scoring with a spectacular acrobatic volley as Parker's side drew 1-1 with Jose Mourinho's high-flying outfit.

On that performance against Spurs, Lampard said: 'I thought he played well and I was really pleased to see that because when Ruben was getting fit and was with us, I felt like we missed him last year.

'And when Ruben was getting fit, I was excited because I know the attributes he has and I wanted those attributes at the club.'