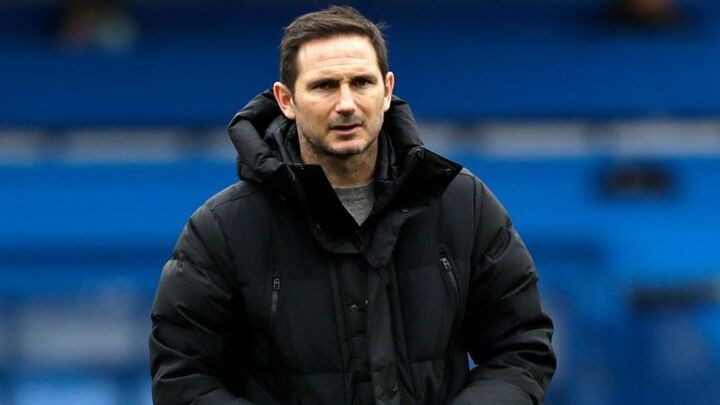 Frank Lampard has defended players who have gone against coronavirus guidelines by continuing to celebrate in groups and warned the Premier League's tougher protocols will be difficult to implement.

The league, along with refereeing body PGMOL, wrote to match officials this week urging them to encourage captains and coaches to maintain social distancing among their teams on the field.

Despite the intervention, several teams' players were seen embracing as they celebrated goals during this week's top-flight games, and the league are now set to hold talks directly with captains and managers to urge them to stick to the protocols.

But Lampard does not think the issue can be solved by simply telling players to stop celebrating, and has reminded critics they are not immune to the restrictions, as well as the dangers, caused by Covid.

"So they are taking themselves into an environment where they are potentially putting themselves in danger and maybe the family they go home to - a pregnant wife, a grandparent, a parent, a brother or a sister.

"So I think we have to understand that footballers are human and they are being asked to go and do their job.

"If you understand football and understand the passion and instinct that every fan has, they understand it can bring out emotions. To control the emotions I think is a fair ask, but to dictate emotions will probably be very difficult on the pitch.

"We should see if players can control it. I hope they can but this beautiful game that we all love does bring emotions out on the pitch.

"What I want to be really clear about is the players are being asked to come to work and they are doing everything they can to toe the line."

The Premier League are understood to have stepped up their attempts to ensure players abide by the protocols in a bid to prevent football from being left to criticism, which it is feared could lead to a change in Government policy whereby the league could be halted.

Lampard - whose Chelsea side face Fulham at Craven Cottage on Saturday, live on Sky Sports­ - admitted the club have asked their players to maintain social distancing during celebrations, and insisted they would "do their best."

"Yes, we have been told that," Lampard said. "Players are good lads, they do not want to do the wrong thing.

"In a perfect world we will all walk back to the halfway line and just start again. But it maybe will not quite be the case, and I do not think you can hold players hugely to account unless there is clear flouting of those rules.

"The protocols are in place - they have been hardened recently and I understand why.

"There are areas in our workplace where social distancing is top of the list, but when you are actively playing football on the pitch and there's a lot of instinct involved, then it's not always as easy. We need to do our best."

Lampard insists out-of-favour defender Fikayo Tomori "absolutely" has a long-term future at Chelsea but again admitted he could leave on loan during this month's transfer window.

Tomori has played just four times this season and is interesting AC Milan, as well as a number of Premier League sides.

But Lampard said any loan for the 23-year-old would be to ensure he returns to Stamford Bridge a better player, adding: "He absolutely has a long-term future at this club. We'll see if and when he goes on loan.

"The moment I got close to Fikayo was when I took him to Derby with me and he was player of the year, and one of the best players in the Championship in my opinion.

"He came back and played 20-plus games for us and got in the England squad. There's an absolute long plan for Fikayo in my head about his career here.

"If it's to go and play games, it'll be to enhance his personal development, hopefully help whatever team he goes to and come back to us a better player."