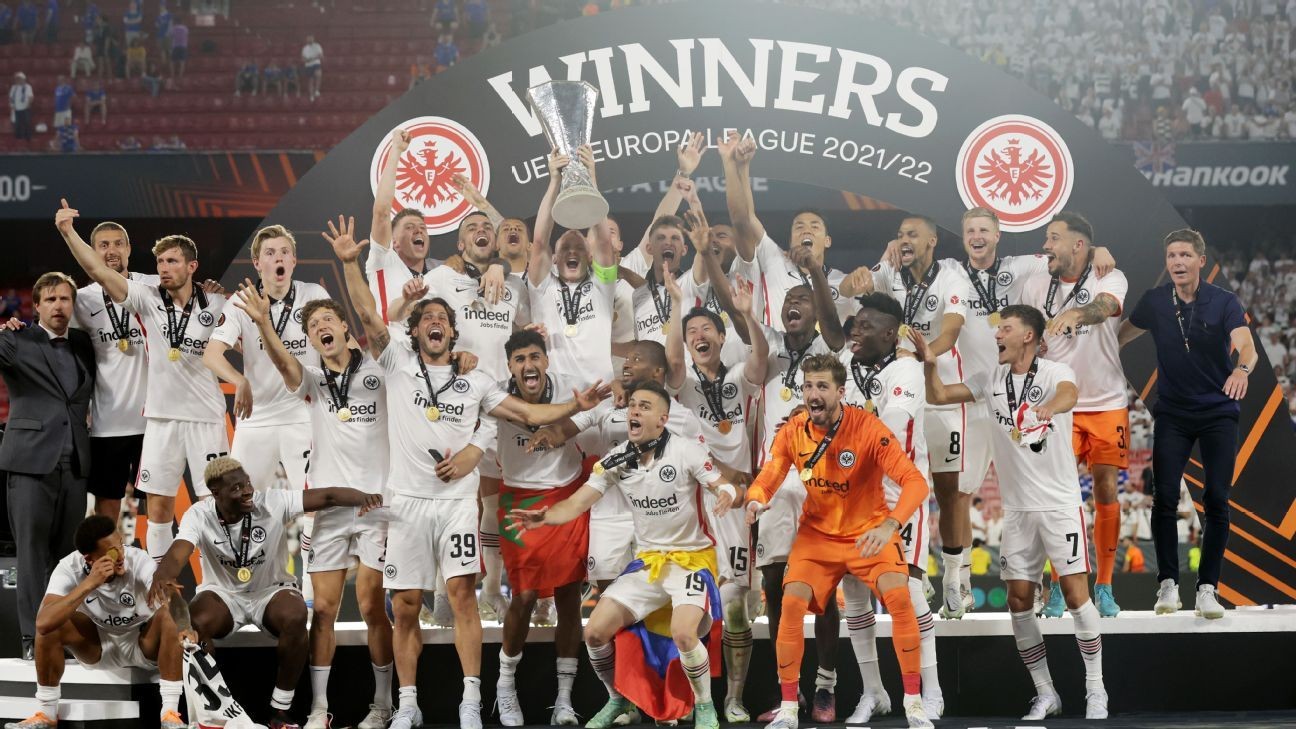 Eintracht Frankfurt players celebrate after beating Rangers in a shootout to win the Europa League. UEFA via Getty Images

Eintracht Frankfurt beat Rangers 5-4 on penalties on Wednesday to win the Europa League title and claim their first European trophy in 42 years.

Eintracht keeper Kevin Trapp saved Aaron Ramsey's spot kick -- Rangers' fourth -- while Eintracht were flawless in their execution, scoring all five. The game had finished 1-1 after 120 minutes of regular and extra time.

Joe Aribo had struck against the run of play in the 57th minute to give Rangers the lead, charging clear after a string of defensive errors and sliding the ball past Trapp.

The Germans, unbeaten in the competition going into the final and eyeing their first European title since 1980, bounced back as Rafael Borre snuck in between two defenders to turn in a Filip Kostic cross in the 70th.

The win also means Eintracht will be competing in next season's Champions League despite finishing in 11th place in the Bundesliga.