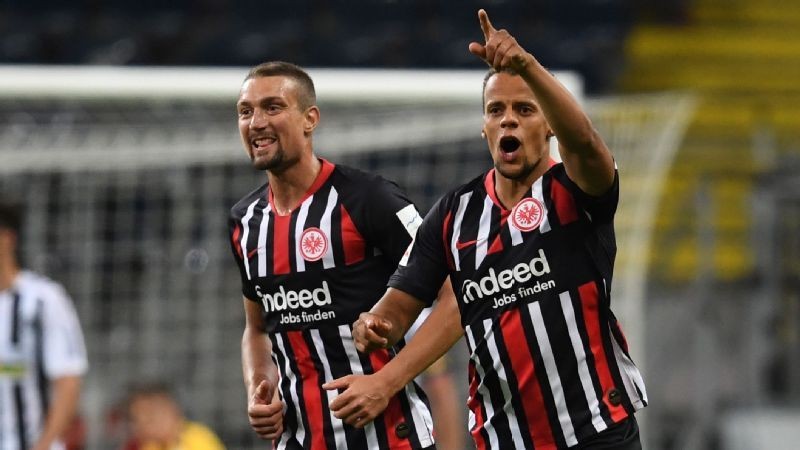 Lowly Eintracht Frankfurt ended a run of five successive Bundesliga defeats as they staged a late rally to came from behind and force a 3-3 home draw with SC Freiburg on Tuesday.

Daichi Kamada and Timothy Chandler scored in the closing stages to rescue a vital point for the struggling hosts who had inexplicably slipped 3-1 behind in a match they dominated. Frankfurt are five points above the relegation zone.

Andre Silva scored the home side's other goal when he equalised in the first half for Frankfurt, who were guilty of wasting several good opportunities in an action-packed game.

Vincenzo Grifo had opened the scoring for Freiburg before Nils Petersen and Lucas Holer also put away rare chances for the seventh-placed visitors, who were looking to boost their chances of competing in the Europa League next season.