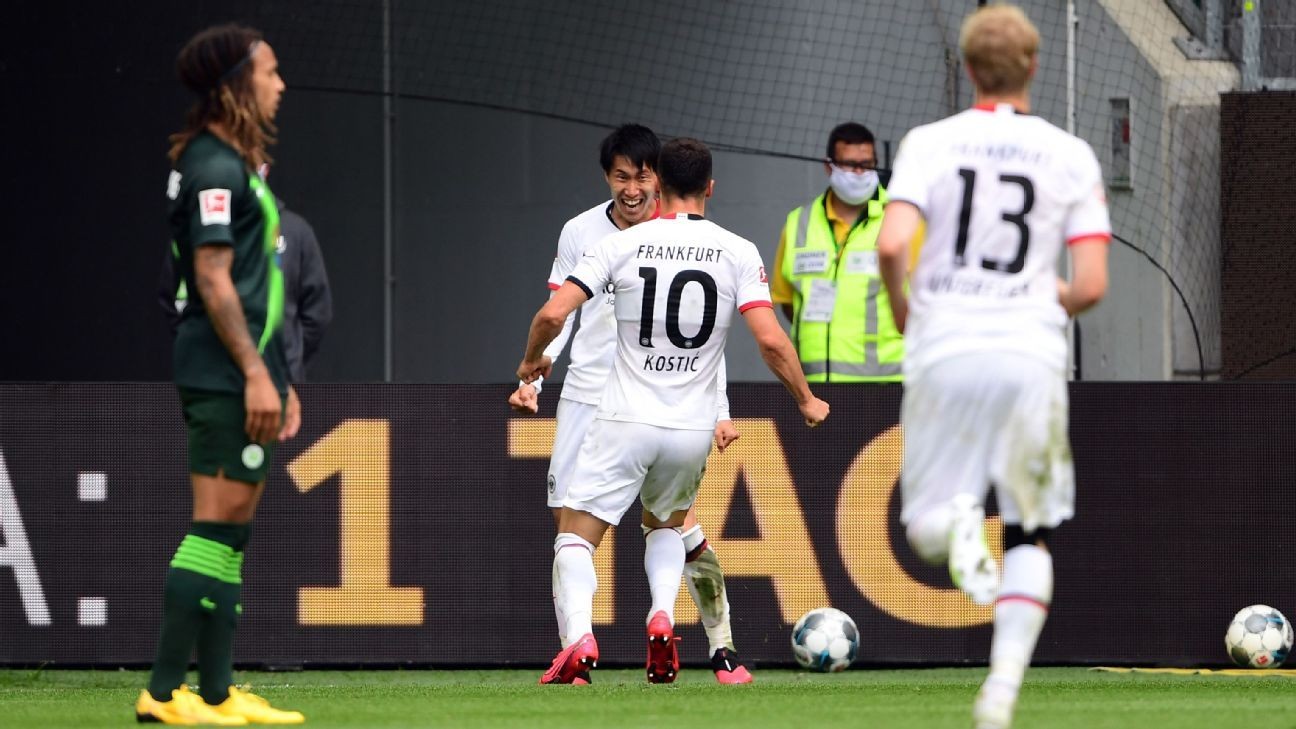 Eintracht Frankfurt's Daichi Kamada slotted in an 85th-minute winner to secure a 2-1 victory at VfL Wolfsburg in the Bundesliga on Saturday, lifting them five points away from the relegation zone with five games left in the season.

Frankfurt, without a win in their previous six games, having lost five of them, struck against the run of play when Portugal's Andre Silva was brought down in the box and converted the 27th-minute penalty himself.

Wolfsburg twice went close to an equaliser before the break but got their deserved goal in the 58th through Kevin Mbabu's glancing header from Maxi Arnold's eighth assist of the season.

Japan international Kamada scored the winner from a Bas Dost layoff for his second goal in two games. Frankfurt substitute Lucas Torro was then sent off for two yellow cards within three minutes of stoppage time.

Frankfurt moved up to 12th place on 32 points, five points above the relegation playoff spot, while Wolfsburg stay sixth on 42.