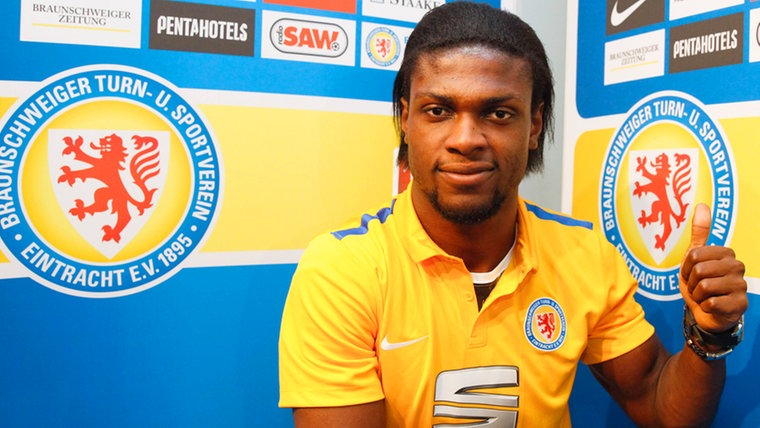 Joseph Baffo is happy in Germany

Baffo has been training with the Swedish Superettan outfit since September after rejecting a contract renewal with German Bundesliga 2 side Eintracht Braunschweig after recovering from a long injury layoff.

The 26-year-old was reported to be inching closer to a move to SV Hamburg following a trial with the side but was not able to win a contract.

“I do not close any doors, first of all I just want to play soccer. We’ll see what tomorrow has to offer,” he told Värnamo News.

Baffo was born in Kumasi to Ghanaian parents but moved to Sweden where he featured for Sweden at U17, U19 and U21 levels.

He was an integral member of the Sweden U21 squad that won the UEFA European Under-21 Championship in 2015.

He has declared his interest in playing for Ghana’s Black Stars.