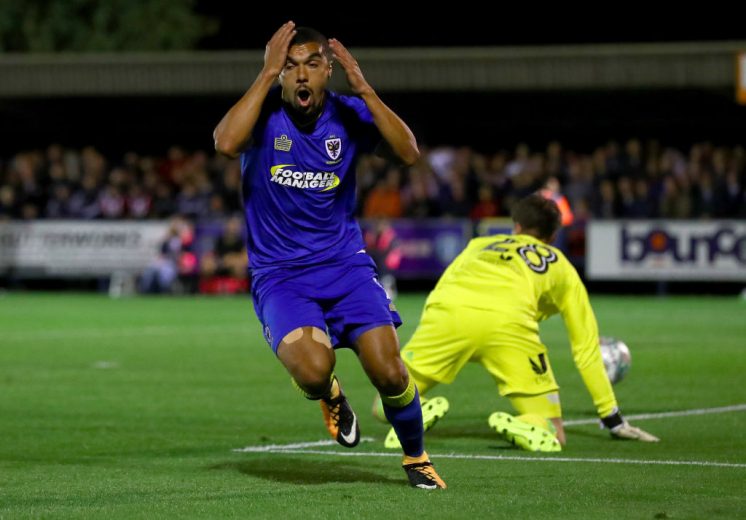 Ghanaian attacker Kwesi Appiah has been tipped to join Bristol Rovers after becoming a free agent as a result of being released by fellow League One side AFC Wimbledon.

Appiah spent three years at Wimbledon after joining them on a free transfer. He did not enjoy himself as he would have expected as a result of injuries.

In the three years, he managed to make 63 appearances across all competitions and scored 14 goals.

However, the 29-year-old still has a lot in him to offer especially in the lower leagues.

Bristol are in the market searching for reinforcements after failing to achieve their targets in the just-ended campaign.

The striker is proven at the third-tier level and it is believed that he would add more pace and depth to their attacking department.

Appiah has scored 48 goals in 176 games so far altogether in his career, as well as chipping in with 19 assists.