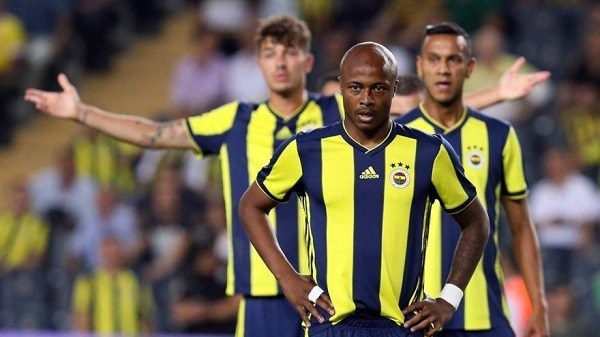 French and Turkish clubs could swoop for Swansea City star Andre Ayew if the transfer deadline beat him in England.

The 26-year-old has returned to Wales to continue preparations with the Swans amid mounting reports surrounding his future.

The Ghana international, who spent last season on loan at Fenerbahce, is keen to leave the club.

The Swans are desperate to sell him amid claims the club is bleeding financially to meet his high wages.

The Championship side want to free up their wage bill and are determined him offer him to a bigger club.

The iconic Ghana captain will not lose much if he stays and leave for free  next summer with his contract set to expire next year.

Ayew has undergone a number of routine checkup at Fairwood as he gets ready to begin training with the side.

The door has been left open for the Ghanaian to return to first-team action as they continue to search for high profile club for the African superstar.

While officials work behind the scenes to get his future sorted, the forward will be re-integrated into the team, with an outside chance he could feature for the side.

Thursday's transfer deadline will be little concern for the Swans as the Ghanaian who is still attracting interest from France and Turkey where the window remains open until September 2.

French giants Marseille look an interesting preposition while clubs are in Turkey are believed to be monitoring his situation.

The forward scored five goals in 34 appearances while on loan at Turkish side Fenerbahce last term.