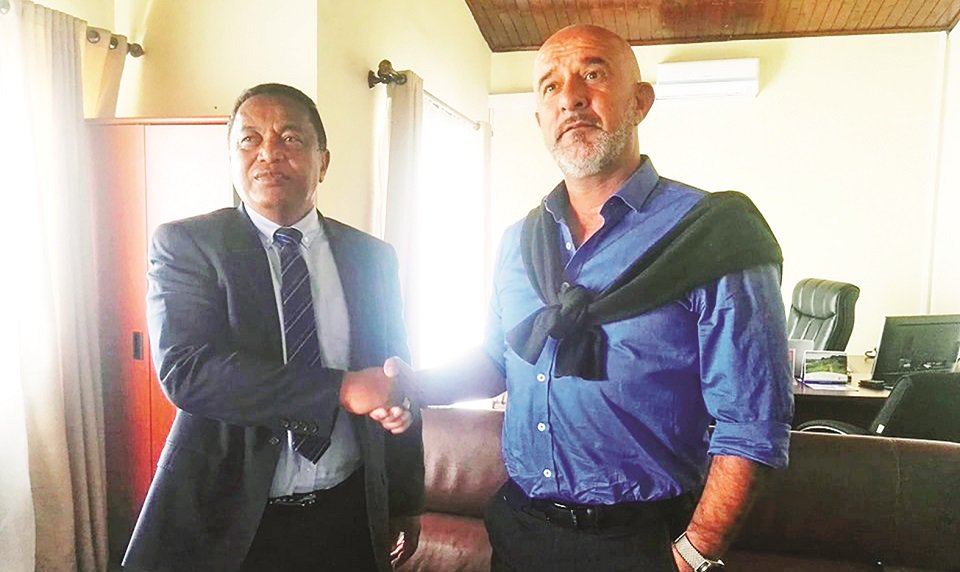 Nicolas Dupuis will double as technical director for Madagascar
Share

The Madagascan Football Association has doubled the task of head coach Nicolas Dupuis by appointing him as Technical Director on a four-year contract.

After a successful campaign in the 2019 Africa Cup of Nations in Egypt, the country's president HE Andry Nirina Rajoelina and the Football Federation new president Arizaka Raoul Rabekoto have decided to work together for the progression of football in Madagascar.

Dupuis guided the Barea to the quarterfinals of the Africa Cup of Nations on their debut.

They managed to beat big guns like Nigeria and DR Congo on the way.

Even though the appointment of the Frenchman was done by the Madagascar Football Federation, Dupuis will paid by the president of the country HE Rajoelina.

Madagascar are chasing a debut qualification to play in the African Nations Championship (CHAN) tournament next year.