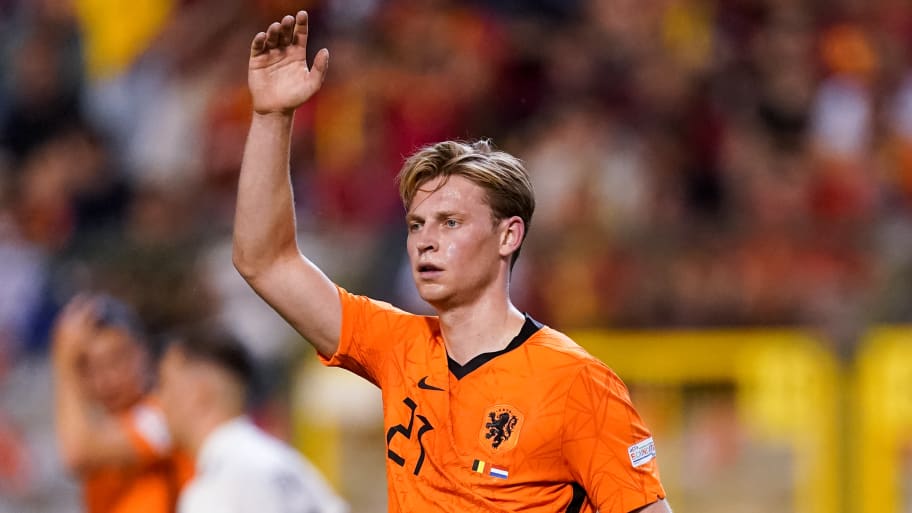 Frenkie de Jong has aimed a dig at his current club Barcelona as he continues to be linked with a transfer away from Camp Nou.

90min understands the Barça hierarchy are willing to sanction the midfielder's exit in their continuing fight to balance the books amid their precarious financial situation. Considering the Dutchman is on a significant wage and has not emerged as an outstanding performer, he is deemed expendable.

Perhaps inevitably, De Jong has been strongly linked with a move to Manchester United in recent weeks after it was confirmed that his former Ajax manager Erik ten Hag would be taking the managerial reins at Old Trafford.

The 25-year-old has even admitted he is aware of United's interest in him, although he also publicly stated he would prefer to stay at Barcelona - where he still has four years left to run on his contract.

With his name already in the headlines, De Jong starred in the Netherland's impressive 4-1 Nations League victory over Belgium on Friday after a season in which he was often criticised for his performances in a Barcelona shirt, providing the assist for Steven Bergwijn's first-half opener.

Discussing his display with NOS at full-time, the midfielder appeared to aim a thinly-veiled dig at his club side.

"I like to be the first player to receive the ball from the defenders," he said. "In the national team I play differently compared to Barça. And I think this one [system] fits me better."

Given Barcelona's stance on his future, these comments are only likely to push the player further towards the exit door at Camp Nou.

This article was originally published on 90min as Frenkie de Jong: Dutch system 'fits me better' than Barcelona's.