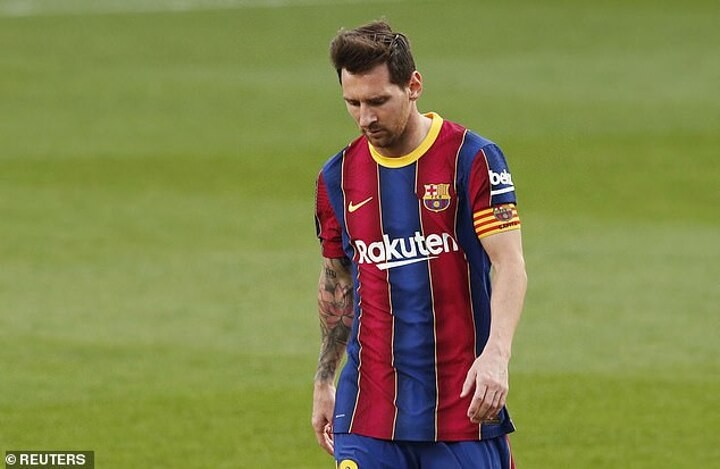 Frenkie de Jong believes Lionel Messi is still 'the best player in the world' and that it is down to his Barcelona team-mates to play to the Argentine's strengths.

Messi has struggled to settle under Barca manager Ronald Koeman - who has deployed a 4-2-3-1 system - having scored just twice in the Catalans' first six matches this season.

De Jong believes Messi, who was the club's top scorer last season with 31 goals in all competitions, will be able to flourish if his team-mates are able to provide him with the ball in the right 'positions'.

'You try to get him into the best positions to make a difference and I think we need to adapt to him. When he is receiving the ball in a position where he can make the difference, he will make it for you, always.'

Koeman previously admitted that Messi has struggled to perform this season but backed him to return to his best soon despite a slow start to the season.

'Maybe, at the moment, Messi's performances could be better,' Koeman said.

'But he is happy, he is working hard and he wants to be the captain. I don't have a single complaint.

'He has also had some bad luck. He hit the post (in a 1-0 loss to Getafe) and on another day that goes in.

'I don't have any doubts about his performances and we're going to see him (at his best) in the upcoming games, I'm sure.'

De Jong struggled during his debut campaign at Barcelona but has since found his feet under Koeman.

The Netherlands international has been placed alongside Sergio Busquets in his preferred position and has returned good statistics since.

Speaking of his form, he said: 'I think in my nature as a player, I want to receive the ball early in the play and to set up the play.

'I think that's more my style of play than waiting for the ball and receiving it up front, and touching the ball less.

'I think I feel more comfortable in the pivot position than high up front, but I can also play high up front.

'It doesn't matter for me so much but, if I had to choose, I would rather play as a double pivot than, for example, as a "mediapunta" (false nine).'