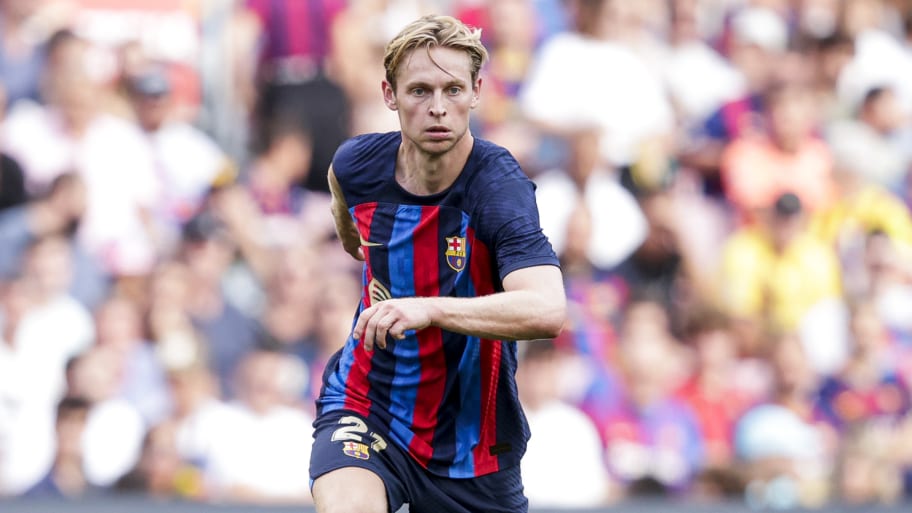 Frenkie de Jong has confirmed that he never wanted to leave Barcelona during the summer despite the club wanting to sell him and strong interest from both Manchester United and Chelsea.

The state of Barcelona’s finances dominated the market, with the Catalans forced to offload players to balance the books and make it possible to register a new look squad. De Jong was an obviously saleable asset, even if head coach Xavi maintained he was still an ‘important’ player.

United even agreed an €85m (£74m) fee with Barcelona, although the proposed deal was critically stalled by complications regarding deferred wages still owed to the player. Old Trafford officials still remained confident of completing the transfer regardless, but it never made it over the line.

Chelsea also made their own progress and were in talks with Barcelona, although at no stage was it certain that De Jong actually wanted to leave Camp Nou – as 90min explained in early August.

Now, the former Ajax star has explained that he made up his mind to stay put as early as May.

“I knew what I wanted, staying at Barcelona,” he told NOS. “I can't quite go into details. The club sometimes have its own ideas about things and so do I. Sometimes that collides, but overall it went fine. I always had it clear what I wanted. There was a lot of noise and a lot happened. It has of course been different from other transfer windows for me.

“Manchester United and Chelsea? In May I had already decided that I would continue at Barça. I never changed my mind.”

De Jong has been in and out Barcelona’s starting XI so far this season. He has come off the bench five times so far in La Liga but has started each of the club’s last two domestic games against Cadiz and Elche.

This article was originally published on 90min as Frenkie de Jong insists he never wanted to leave Barcelona during the summer.