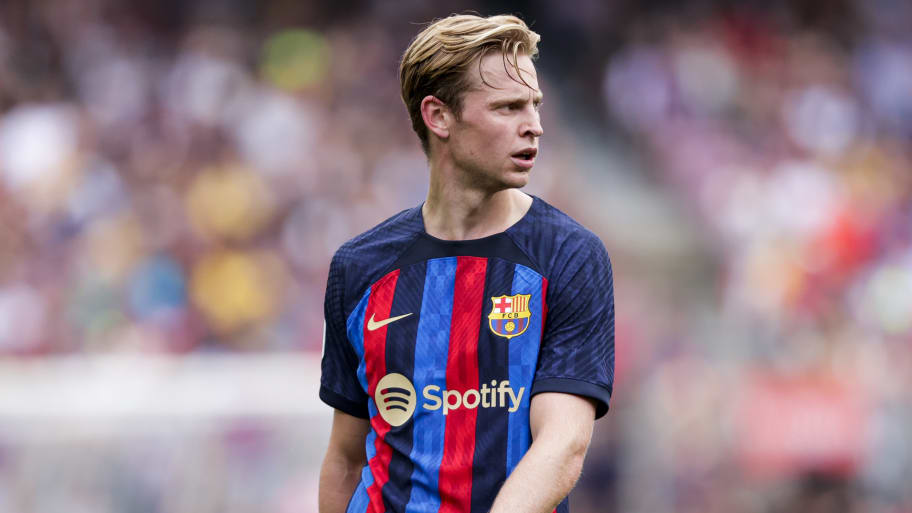 Frenkie de Jong has failed to recover from his muscle injury in time to face Inter in the Champions League on Tuesday.

The Dutchman picked up the problem while away on international duty late last month and he missed Saturday's 1-0 win over Mallorca as a result, but there had been hope that De Jong would make it back in time to face Inter.

Well, that hope has now faded.

Barcelona have confirmed their squad list for Tuesday's trip to Milan and De Jong's name is nowhere to be seen, alongside fellow treatment-room teammates Memphis Depay, Jules Kounde, Hector Bellerin and Ronald Araujo.

In De Jong's place, young Pablo Torre has travelled once again. The 19-year-old summer signing made his debut in the Champions League opener against Victoria Plzen but was then dropped to face Bayern Munich.

To help make up the numbers in midfield, Xavi has also given a call-up to 19-year-old La Masia starlet Marc Casado, who was also on the bench against Mallorca.

Barcelona head into Tuesday's game second in Group C, tied with Inter on three points but ahead thanks to their superior goal difference, so there is clearly a lot riding on this one.

Bayern sit atop the group with six points from two games and they could extend their lead by the time Xavi's men kick off, with the German side's clash with Plzen beginning at 17:45 (BST).

This article was originally published on 90min as Frenkie de Jong left out of Barcelona squad to face Inter.