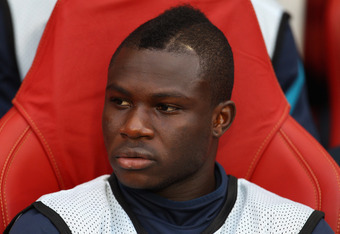 Midfielder Emmanuel Frimpong is among 12 new players called-up into the England U-21 squad for matches against Azerbaijan and Israel.

The squad also features striker Danny Welbeck who has been inÂ scintillatingÂ form for his club Manchester United.

However it is Frimpong that most Ghanaians would be bothered about following his public declaration to play for Ghana.

Technically, both players will still be eligible to play for Ghana even though Welbeck has been capped once at senior level and ironically, against the Black Stars in an international friendly in March.

It is at this point unclear whether the 19-year-old Arsenal player will honour Stuart Pierce's invitation.