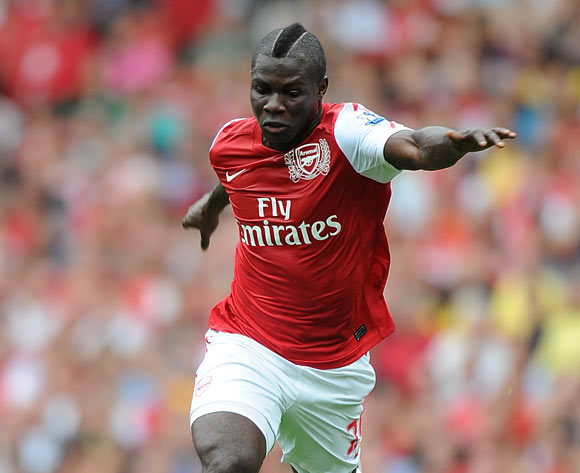 Arsenal midfielder Emmanuel Frimpong has ruled himself out of England U21 this week squad sparking hopes that he is keen on playing for Ghana.

The two countries have been engaged in a tug-of-war to secure the international future of the powerful midfielder.

Frimpong, who was born in Ghana, burst on to the scene this season with sterling displays for Arsenal.

Fearing that the West African country could swoop for him, England called him up for their U21 clash against Azerbaijan and Israel this week.

But Frimpong who has expressed interest in playing for the Black Stars, has turned down the call claiming he is injured.

"I won't be going With the U21s as I have problem with my foot. I wish them good luck," Frimpong said on Saturday.

His revelation has sparked hopes among Black Stars fans that he is keen on playing for his country of birth.

The central midfielder, who hails from Ghana, is a graduate of Arsenal's academy and has been thrust into the side following an injury to Jack Wilshere and the sales of Cesc Fabregas and Samir Nasri.

Frimpong has represented England at under-16 and 17 level, while he has also been called up to the under-19 team in the past.

"No matter what, I will always play for Ghana," the Accra-born player stated two years ago, adding that if his homeland calls then he would ride his own bicycle from England to Africa.

The midfielder is part of Stuart Pearce's under-21 squad to take on Azerbaijan and Israel, however, this would not stop the player from changing his allegiances as these games are not classed as competitive fixtures.

Frimpong was one of Arsenal's few bright sparks against Liverpool last weekend until a mistimed lunge saw him given his marching orders for a second booking.

He came back strongly against Udinese in the Champions League on Wednesday night (August 24th) before being removed at half time as manager Arsene Wenger sought to bring on an attacking option.