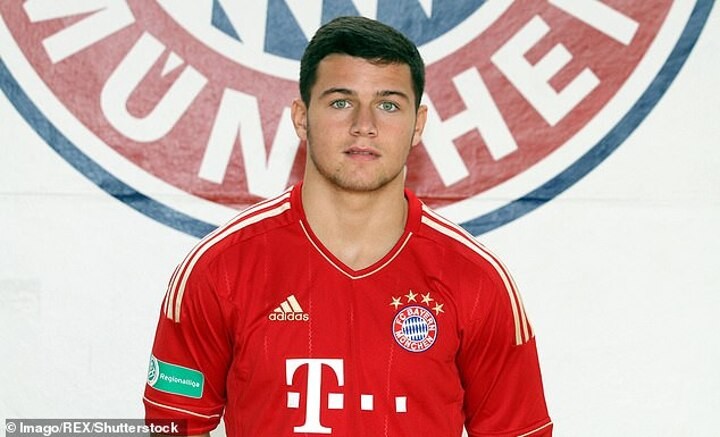 As an 18-year-old prodigy who had just signed for Bayern Munich, Dale Jennings must have believed he had the football world at his feet.

But less than a decade later, the former Liverpool schoolboy has found himself plying his trade in the semi-professional Welsh northern league after local side Prestatyn Town announced the 27-year-old's signing from Runcorn Town.

Highlighting his previous pedigree in a tweet, Prestatyn said they were 'delighted to have attracted someone of Dale's ability to the club'.

Prestatyn manager John Lawless said: 'Dale's worked hard to get himself fit again and I've watched quite a bit of him over the last 12 months and at times he's been levels ahead of the level he's playing at.

'I believe Dale is a major coup for this football club and I can't wait to work with him.'

Born in Liverpool, Jennings joined the Reds academy but was released in 2008. He moved very nearby to Tranmere Rovers and signed his first professional contract with the club in 2010.

He made an extremely impressive start to his senior career, playing 30 times for Rovers and collecting six goals and five assists.

The football world was then left stunned when Bayern Munich came knocking, and in 2011 Jennings signed for the German giants for £540,000.

However, Jennings never made it into the Bayern first team, instead playing for the reserves in the German southern regional league. In 2013 he returned to English football at Barnsley in the Championship.

He has since played for MK Dons, and was without a club for more than two years before joining semi-professional Runcorn Town and now Prestatyn.