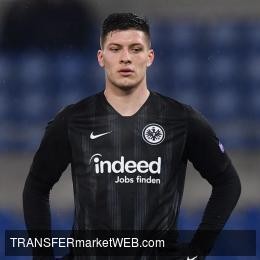 While Florentino Perez admitted that, though Karim Benzema is still deemed an asset for the club, Real Madrid are looking for attacking players holding a great perspective, Eintracht Frankfurt, according to Sport BILD, have just withdrawn a 45 million euros cash bid from Blancos, aimed to get Serbian international striker Luka Jovic (21) signed. Bundesliga side rising star hitman is reportedly tracked by more A-listers, Barcelona FC standing above all.