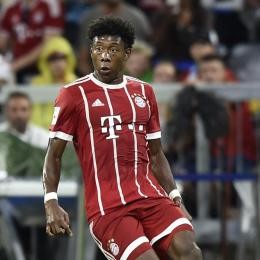 Still in talks with Bayern Munich over a new long-term, Austrian international left-back David Alaba (28) might get on his way out, if not coming to terms with German giants. To this end, the player, according to Corriere dello Sport, would pick a Spanish club, most likely out of Barcelona FC and Real Madrid, as his next destination. Alaba is allegedly tracked also by Juventus, Chelsea, PSG and both Manchester giants.