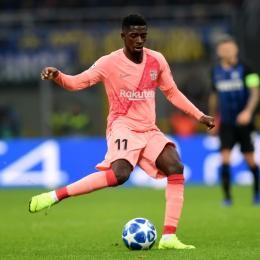 Still in talks with Barcelona FC over trading Blaugrana both Miralem Pjanic and Mattia De Sciglio, Juventus management, according to Mundo Deportivo, are getting more and more interested in French international winger Ousmane Dembelé (23). Playing for Spanish giants since 2017/18, former Borussia Dortmund and Rennes man, who went through an overall disappointing Barça course, might be thrown into the ongoing negotiations between the two clubs.