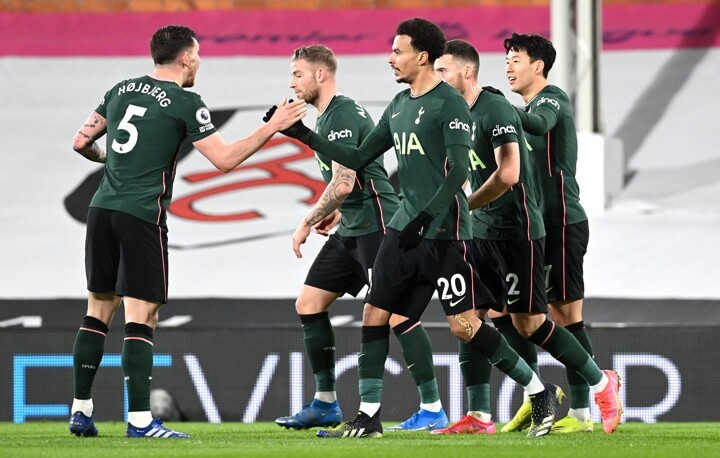 Not since beating Manchester City to move top of the table on 21 November had Spurs won back-to-back games, but a Tosin Adarabioyo own goal ensured the visitors backed up Sunday's impressive 4-0 victory over Burnley with a hard-fought three points.

Making a first league start since the opening day, Dele Alli played a key role in the visitors' 19th-minute opener as he fed the ball wide to Son Heung-min before meeting the South Korean's low cross - though Adarabioyo inadvertently got the decisive touch.

Spurs goalkeeper Hugo Lloris produced a fine save to tip Joachim Andersen's header on to the crossbar and was again called upon to deny Adarabioyo from the resulting corner as Fulham pushed for an equaliser after half-time.

Fulham - who remain three points from safety - were ultimately left aggrieved by a controversial video assistant referee decision to disallow Josh Maja's deserved equaliser just after the hour, as Mario Lemina was penalised for handball in the build-up despite his arm being by his side.

Harry Kane was denied from a diving header by Alphonse Areola in the closing stages, but Mourinho's side held firm under intense pressure from the hosts to move to within four points of the top four.

37' Kane goes down in the box but ref says no penalty!

62' Disallowed! Maja scores but the goal is handball