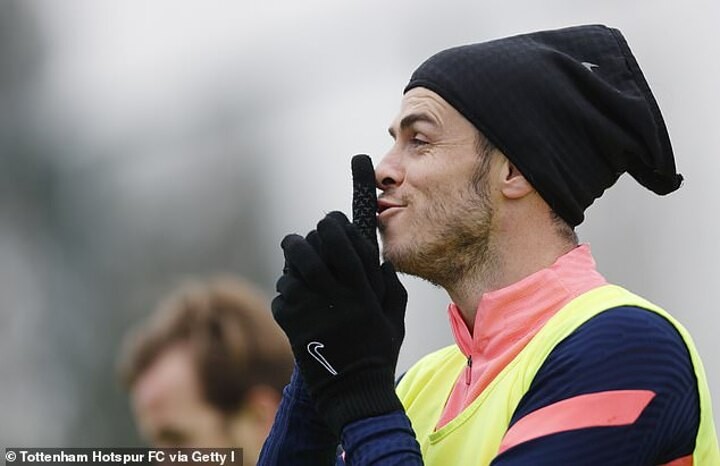 Fulham boss Scott Parker knows his team will have their work cut out to shackle 'match-winner' Gareth Bale as he prepares to face his former Tottenham team-mate from the dugout at Craven Cottage.

The Welshman, on loan from Real Madrid, rolled back the years with a devastating display in Sunday's 4-0 win over Burnley, scoring twice and making another.

Parker played alongside Bale in his final campaign at Tottenham during 2012-13, when the forward was the standout player in the Premier League before going on to join Los Blancos in a then world-record £85million deal.

Tottenham boss Jose Mourinho is ready to unleash Bale again at Craven Cottage on Thursday night, with the 31-year-old looking to continue his resurgence.

Parker has seen just what Bale can do at close quarters, but will be out to limit the impact of Spurs' current marauding frontline.

'Gareth was a match-winner,' said former midfielder Parker, who left Spurs to join Fulham in August 2013.

'That season he was scoring goals, winning matches, he was just a fantastic football player which the team revolved around.

'You don't have many players that the team revolve around, but certainly that year for us, it was Gareth.

'When you needed a goal, he was the guy who popped up to win you games. He was fantastic that season.'

Fulham have found some stability in recent weeks to give themselves a fighting chance of staying up.

After conceding just one goal in a run of five unbeaten Premier League matches, Parker accepts that new resilience will face the sternest of tests.

'We are playing against probably the best number nine in the world in Harry Kane, then with Son (Heung-min) and Bale, it is a front-half team which is exquisite really,' Parker said.

'They are unbelievable players with unbelievable talent, (up) along with the best in the league, with Liverpool and Man City.

'We have done very, very well of late, but defensively we are going to be put to the test on Thursday night, no two ways about it, because of the quality we are coming up against.

'I am relishing it and so are the players. Hopefully we can come out like we have done favourably over the last few games.

'I feel with the way we play on the front foot, trying to attack teams, to score goals, trying to be dominant in the moments, I would like to think we can cause Spurs problems as well.'