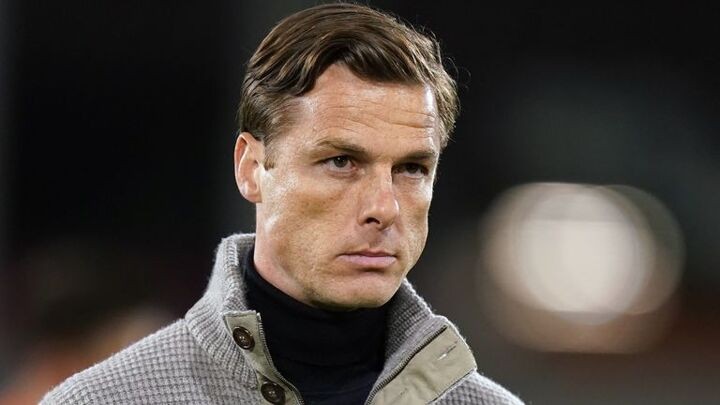 Scott Parker urged his Fulham squad to end the season "the right way" as they prepare to face Manchester United.

The Cottagers' most recent stint in the Premier League has lasted just one season and since their relegation was confirmed last Monday they have lost 3-1 at Southampton.

However, the manager said he wanted his side to show their capabilities in Tuesday's match at Old Trafford.

Parker said: "I think, for me, the most important thing is finishing this season and focusing on that really.

"What's to be next year is a few months away. What's vitally important for me and for the players, I need the players to understand that you're in the biggest league and the best league and the spotlight's constantly on them. We need to finish this season the right way, really.

"So we've got a very tough game tomorrow against the second best team in this division. It's already a difficult game for us, of course it is, so that's the main focus from me certainly at this point.

"[It has been] a big disappointment of course this year, we want to stay in this league, but there's still a job to do.

"That's be professional and put some pride in our performance and I need to make sure that the squad understand that as well. That's the big challenge for me - and I don't really want to look past that."

United will finally be able to play in front of a crowd in their final Premier League home game of the season, and are preparing for 10,000 spectators.

"I think firstly all of us are ecstatic with fans entering the stadium," Parker said.

"Football stadiums have become very sterile a year ago, maybe more than that, and I think we've all missed the atmosphere and what that brings in stadiums.

"We briefly experienced it with, I think, only 2,000 in the Liverpool game and that was incredible.

"I think it's 10,000 fans tomorrow, albeit they won't be screaming for us, hopefully the following one we'll have them doing that for us."

Fulham will be missing from the Premier League next season after their relegation was confirmed following the home defeat to Burnley, but Parker was encouraged by the full debut of Fabio Carvalho against Southampton, a loss that he described as being a "snapshot of their season".

"Fabio was fantastic," said Parker. "This team has been in need of goals. His overall performance was full of confidence. He showed his quality. It didn't surprise me.

"He's shown that he can score at Under-23 level and in training. He was in the team because he deserved to be in it, not because it was an opportunity. The one shining bright light from today was Fabio. He was the massive plus from today."

Fulham were widely criticised in 2018/19 when they were relegated despite spending almost £100m on transfers, conceding 81 goals in the process, and while more slack defending contributed to a 19th defeat of the season, Carvalho took his goal extremely well.

Aged 18 years and 258 days, he became Fulham's third-youngest goalscorer in the Premier League behind only Ryan Sessegnon (18y 155d) and Collins John (18y 176d). With a number of players' loan contracts due to end, he looks a player the west Londoners can build their future around.